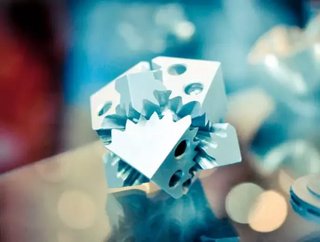 Markforged, a leading manufacturer of industrial 3D printers, has closed another round of funding. The Series D, $82mn funding round, led by Summit Part...

Markforged, a leading manufacturer of industrial 3D printers, has closed another round of funding. The Series D, $82mn funding round, led by Summit Partners, were joined by existing strategic and financial partners, such as Matrix Partners; M12, Microsoft’s Venture Fund; Next47; and Porsche SE.

Markforged has revealed that it will use the additional capital to help accelerate its product roadmap, including the introduction of mass production printers and new materials. The capital will also be used to enhance the company’s global expansion plans, strengthen its massive foothold among global manufacturers, and ultimately help to reshape the $12trn manufacturing industry.

“We have been actively monitoring the additive manufacturing market for the last decade and are excited to partner with the Markforged team,” said Michael Medici, a Managing Director at Summit Partners who has joined the company’s Board of Directors. “Markforged has been quietly executing at an incredible pace for the last five years, delivering exceptional products that solve real-world industrial manufacturing needs.”

Prior to this round, Deloitte named Markforged the 10th fastest growing technology company in North America, while Forbes named the company to its Next Billion Dollar Startup list. The company has amassed a large installed base among leading manufacturers and other types of businesses that benefit from additive capabilities.

The company shipped more than 2,500 industrial printers in 2018 alone, making it one of the largest additive manufacturing companies in the industry, serving customers in more than 50 countries, and filing 133 patents, with 38 already in place. Deloitte have predicted that sales by the 3D printing industry to large public companies alone will hit $2.7bn in 2019 and will surpass $3bn in 2020, Xconomy has reported. This is in contrast to $12trn in global manufacturing sales.