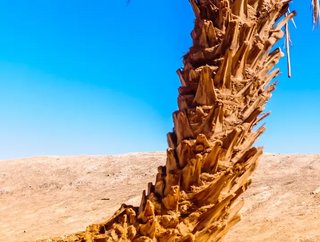 Announced by the Embassy of Morocco in South Africa, Morocco has become the leading passenger car manufacturer in Africa, surpassing South Africa as the biggest exporter; at the end of 2018, the country made US$7bn in car exports.

Each year, Morocco’s automotive industry continues to grow exponentially, in 2021, car sales exceeded 160,000 units, creating more than 220,000 direct jobs. The industry is also expected to contribute as much as 24% to the Moroccan GDP by 2022.

Despite the impact of COVID-19, the industry has begun to recover with 2021 recording an increase of 10.77% for new passenger vehicles, selling 400,000 cars to Europe; France, Spain, Germany, and Italy were the top exporters.

Efforts Made in the Country to Drive its Growth

Marc Nassif, Managing Director of Renault in Morocco - the country’s biggest manufacturer - reported that local suppliers provide the company with automotive components for its vehicles, including seats and axles. Nassif estimated that Renault’s final products include 60% local components, with predictions that this will rise to 65%.

Morocco has also been investing in the country’s infrastructure allocating US$7.76bn in 2015 towards the development of roads, universities, airports, and hospitals. The country has recently invested US$4bn into a high-speed rail project to make Morocco’s infrastructure more modern and efficient.

With these advancements in mind, financial experts anticipate that Morocco’s automotive sector will grow a further US$14bn over the next five years.

As part of EXPO 2020 Dubai, the General Confederation of Moroccan Entreprises (CGEM) and the Moroccan Agency for the Development of Investments and Exports (AMDIE) organised ‘Morocco Week’.

Morocco currently has over 60 free trade agreements with Europe, the US, Turkey, and the UAE (to name a few). Alj identified Morocco as a competitive country, that has made huge efforts when it comes to its infrastructure, he expects automotive to become an essential gateway to Africa. “All these achievements have made Morocco a prosperous and safe environment for business,” said Alj.

“By choosing Morocco, an investor chooses growth, innovation, visibility, stability. [The investor] also chooses to access a growing continent with a promising future”