Mulberry to continue manufacturing in Britain, regardless of Brexit 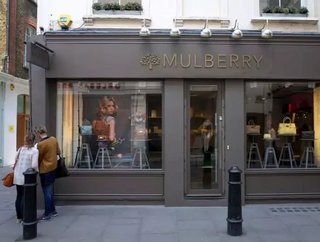 The British luxury brand, specialising in leather handbags, has announced that it will continue manufacturing its products in the UK. Following the nat...

The British luxury brand, specialising in leather handbags, has announced that it will continue manufacturing its products in the UK.

Following the nation’s vote on Brexit, Mulberry has noted a rise in the cost of importing leather.

Approximately 55% of the designer’s leather goods are made in the UK, from its two manufacturing sites in the west of the England.

Despite expanding its brand abroad, Britain is the Mulberry’s largest market as it conforms to the nation’s “heritage” fashion style.

However, subsequent to the Brexit vote, the pound has weakened against currencies – making the cost of importing Italian leathers far higher.

“Every supplier we have is related to the euro or the US dollar,” Thierry Andretta, CEO of Mulberry, informed Reuters.

“This is something that is always a challenge for us because we are still committed to having two-thirds of our collection at (up to) £995, but it is becoming challenging.”

“We want to continue this and I hope one day when we grow perhaps we will even consider opening another factory.”