Ones to watch in 2015: 7 manufacturers with an exciting year ahead 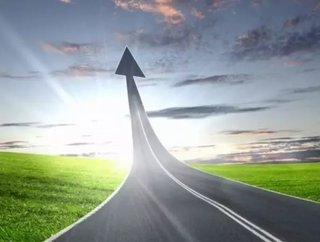 As 2015 draws ever closer we take a glance into the future and find out which manufacturing firms, young and old, have an interesting year mapped out in...

As 2015 draws ever closer we take a glance into the future and find out which manufacturing firms, young and old, have an interesting year mapped out in front of them. From new products to exciting ventures, changes in direction and innovation we have picked seven brands with a busy 12 months ahead.

It’s no surprise that Tesla makes the list. The electric vehicle manufacturer, headed up by Elon Musk had a brilliant 2015 and shows no sign of slowing down in the New Year. In 2015, Musk and his team will be working on the company’s much-anticipated ‘Gigafactory’ while expanding its global supercharging network (in the second half of 2014 Tesla was opening a new charging station every day and this trends looks set to continue). The automotive giant is also planning the launch of its affordable Model 3 vehicle as well as its Model X SUV – there is even rumours of a revamped Roadster.

In Tesla's 2013 Q4 earnings statement and we heard about plans “to start selling stationary energy storage products for use in homes, commercial sites, and utilities” to provide back-up power and ease demand during peak hours. We can also anticipate the release of its patents to allow other automakers to follow in its footsteps, and of course, not forgetting Musk’s brainchild the Hyperloop.

Tesla is arguably the most innovative manufacturing company in the world at the moment and others will have to fight hard to knock it off the top spot in 2015.

Headed up by Lei Jun – investment extraordinaire and successful tech CEO – Xiaomi is ramping up for a busy and fruitful 2015. Xiaomi designs, develops, and sells smartphones, mobile apps, and consumer electronics. In the New Year the company is expected to continue on its steep growth trajectory, while also entering into the wearables market and potentially collaborating with Tesla.

2015 is going to be a pivotal year for Ferrari. The company’s prancing horse logo is one of the most recognizable in the world and synonymous with performance motoring, however the brand could be about to expand its product portfolio to include luxury good, exclusive clubs and even hotels, ahead of its IPO.

Ferrari may also be moving its HQ in 2015. Up until now, the company has always been based in Italy, however there is noise suggesting it could be about to relocate to London - exciting times ahead that will truly shape the future of the brand.

Britain’s number one manufacturing firm Jaguar Land Rover is due another prosperous year. The manufacturing giant has gone from strength to strength and is laying the foundation for global expansion in the coming year. In 2015 it will open new a plant in Brazil, launch innovative new technology and unveil a new line of vehicles, there are even reports suggesting the manufacturing heavyweight is about to venture into China.

Samsung is a household name in the technology manufacturing space, but that doesn’t stop it innovating year-on-year. 2015 looks to be another pivotal year for the tech giant with the launch of a new affordable smartphone in India to rival Xiaomi’s offering, wearable devices in the pipeline and a large collaborative project with Apple to develop processing chips. A busy year ahead indeed.

Until 2014 Local Motors was a pretty unknown manufacturing firm, however it made headlines throughout the year as the first manufacturer to design and build a 3d printed car. The Strati was a global success and as a result, Local Motors is planning new 3d printed vehicles and products in 2015, including a ‘drift-trike’ and fast moving drones.

Gulfstream is another one of those brands, which has seemingly been around forever. So what is the secret to its success and longevity? Technology, product innovation and a strong brand image to name just three and this winning formula looks like part of the group’s strategy in 2015 as well. In the New Year Gulfstream is launching two new business jets, the G500 and G600, which are equipped with technology that James Bond would be proud of.