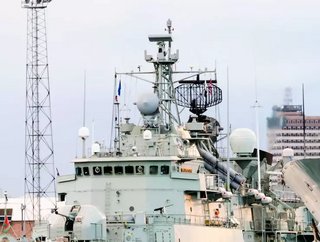 In a recent announcement made by Roll Royce the company has signed a production agreement with the US Navy for up to US$115.6mn...

As part of the agreement Rolls Royce has secured a deal with the US Navy for the production of ship engines, propulsion components and services valued at up to US$115.6mn with works expected to be completed in 2026.

“Rolls-Royce is proud to support the U.S. Navy through an extensive portfolio of engines and propulsion system components, as well as service agreements. Rolls-Royce propulsion equipment is in service around the globe on nearly all U.S. Navy ships and the new agreements reflect continued confidence from the Navy in Rolls-Royce products,” Leo Martins, Rolls-Royce Defense, Program Director, U.S. Naval & Coast Guard Platforms.

The engine contract - valued at US$34.4mn - is a continuation of a previous production agreement for 16 new MT7 gas turbine engines for the Navy’s Ship to Shore Connector Landing Craft. Rolls Royce is the exclusive provider of gas-turbine engines which is produced by Textron.

Rolls Royce’s MT7 engine is produced in Indianapolis, Indiana, in the US, and is a variation of the company’s AE 1107C engine which powers the V-22 aircraft

The propulsion component contract - valued at US$10.9mn - will include the production of main propulsion monobloc propellers, propeller hubs, blades and other components. The ship components will be produced at Rolls Royce’s facilities in Walpole, Massachusetts.

The services agreement - valued at up to US$70.3mn - will cover maintenance and repair services of the Navy’s controllable pitch propeller (CPP) hubs and oil distribution boxes (OD Boxes) for the ship classes such as the DDG 51 destroyers.

The ship components will also be serviced at Rolls-Royce facilities in Walpole.

Rolls Royce will also be investing in upgrades for its Walpole facility to enhance its production and services facilities.

Founded in 1906, Rolls Royce is a leader in industrial technology. Throughout its history, Rolls Royce has aspired to achieve extraordinary goals.

“Along the way, we have developed ground-breaking technologies, established new standards and shaped the world we live in. This quest has taken us from our founding expertise in internal combustion engines to providing the world’s most powerful and efficient aero-engines,” states Rolls Royce.

“As pioneers, we must continuously innovate to provide the best solutions. This requires us to anticipate the opportunities and challenges our customers will face.”