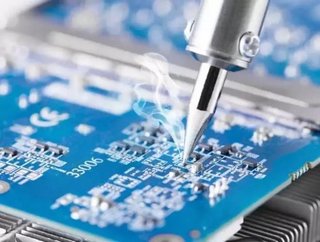 Good news for the global economy: Samsung will soon open a new manufacturing plant in South Africa. The plant - set to launch in the coming weeks - will...

Good news for the global economy: Samsung will soon open a new manufacturing plant in South Africa. The plant - set to launch in the coming weeks - will be at the Dube TradePort, 30 kilometers north of the coastal city of Durban in the KwaZulu-Natal province.

Samsung is the plant’s first major investor, with $280-375 million designated for the site.  The company aims to recoup $940 million in annual sales from the local and African export markets by 2015.  Projections show that the number of mobile phone users is expected to rise 43 percent to 346 million by 2017 in sub-Saharan Africa, the fastest-growing region for mobile phone use.  South African president Jacob Zuma will be launching the TradePort site within the next month.

The Dube TradePort is a new economic zone on the east coast of South Africa that was designed to encourage new investment by offering duty-free tax rates, manufacturing incentives, world-class logistics and office space, all in hopes of enticing companies to invest in the area.  Similar zones are being designated within South Africa to help drive foreign investment and aid companies looking to export their products.

Initially, the plant will strictly manufacture domestic appliances such as refrigerators and stoves, with aims to manufacture televisions and other electronic devices at a later date.

Director-General of Trade and Industry Lionel October commented on the plant by saying “They (Samsung) are looking at producing a whole suite of goods for the local and African export market, but will start with a small product range. We want to encourage them to expand production to electronics and higher value technology products over time.  We hope that this will become Samsung’s manufacturing hub for Africa.”

Samsung is currently the world’s largest smartphone manufacturer, and its Electronics division serves as the world's largest information technology company.  The announcement comes just weeks after Samsung revealed its plans to open a billion dollar state of the art display factory in Vietnam.  The factory - to be launched in Vietnam’s Bac Ninh province - is projected to generate an annual revenue of $6 billion and employ about 8,000 people.  Both plants bring the potential for economic prosperity to their respective locales.