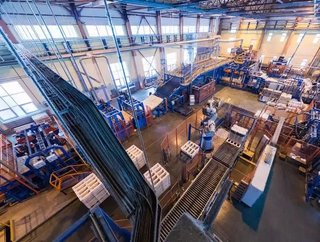 The German industrial manufacturing company Siemens has released its earnings for the second quarter of 2019, beating analysts predictions. The industr...

The German industrial manufacturing company Siemens has released its earnings for the second quarter of 2019, beating analysts predictions.

The industrial side of the business performed particularly well. Siemens said in its press release that earnings “for Industrial Business climbed 7% to €2.4bn, with most businesses increasing their performance.” As the Financial Times reports, this figure eclipses analysts’ estimates of €2.24bn (US$2.51bn).

While net income fell 5% to €1.9bn ($2.13bn) the company said that this was “near the prior-year level which benefited substantially from a €0.7bn Adjusted EBITA from Centrally managed portfolio activities.”

Other results contained within the report include the fact that, across the company, orders were up by 6%, totaling €23.6bn ($26.42bn), while revenue rose 4%, to €20.9bn ($23.4bn). Furthermore, Siemens revealed that “excluding currency translation and portfolio effects, orders increased 4% and revenue was up 2% compared to Q2 FY 2018.”

Joe Kaeser, the President and Chief Executive Officer of Siemens, was confident in the future health of the company amidst these results, saying: "We delivered on our promises again this quarter, and even exceeded expectations in many areas. Now, we enter into a new era to become an even stronger and more focused Siemens."

The new era to which Kaeser refers comes with a renewed focus on what the company calls “Smart Infrastructure” as well as “Digital Industries”. The former involves the building part of the business and “intelligently connects energy systems, buildings and industries to adapt and evolve the way we live and work.” The latter is based around digital transformation, and describes itself as “pav[ing] the way for still more innovation, new services and even entirely new, data-based business models.”