Siemens wins contract to build 94 trains for the London Underground 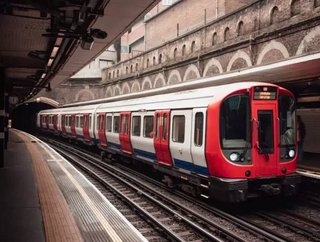 The German manufacturer, Siemens, has been awarded a £1.5bn (US$1.99bn) contract by Transport for London (TfL) to replace 94 trains. The trains will b...

The German manufacturer, Siemens, has been awarded a £1.5bn (US$1.99bn) contract by Transport for London (TfL) to replace 94 trains.

The trains will be designed for the London Underground, dubbed the Tube, for the Piccadilly line – which travels between the centre of London and Heathrow airport.

The trains to be replaced were designed in 1975 and have surpassed their 40-year life expectancy.

The new underground trains are expected to be in operation by 2023, as part of the Deep Tube Upgrade Programme which aims to incorporate three more trains per hour.

The manufacturer will develop the trains in Goole, East Yorkshire, where it had previously planned to open a train-building facility.

The £200mn ($266mn) factory was dependant on whether the firm received substantial orders.

“The Siemens Mobility Limited factory would employ up to 700 people in skilled engineering and manufacturing roles, plus up to an additional 250 people during the construction phase of the factory,” TfL stated.

“As a result, around 1,700 indirect jobs would be created throughout the UK supply chain,” it continued.

“It demonstrated that investment in London creates jobs and apprenticeships opportunities righ across the country.”

“The trains will transform the journeys of millions of our customers, and provide faster, more frequent and more reliable trains for decades to come.”

TfL also received bids from a joint venture between Bombardier and Hitachi, as well as France-based Alstom, for the project.