Is Tesla about to launch a motorbike? Elon Musk unveils a MAJOR new Tesla product 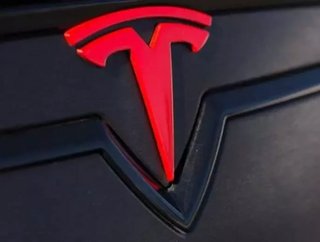 On Monday Tesla CEO, Elon Musk sent Tesla stocks soaring with a tempting tweet about a &lsquo;major new Tesla product line at is not a car. Tesla shares...

On Monday Tesla CEO, Elon Musk sent Tesla stocks soaring with a tempting tweet about a ‘major new Tesla product line’ at is not a car. Tesla shares rose 3 percent to $190.60 after the tweet.

Major new Tesla product line -- not a car -- will be unveiled at our Hawthorne Design Studio on Thurs 8pm, April 30

The tweet set off a wave of speculation, including the idea that Tesla is going to announce a motorcycle. Musk's followers on Twitter went even further, talking about a Tesla phone, hover board and electric snowmobile. But right now those products don’t seem to be on the company’s radar.

Instead, the company made a major announcement about its manufacturing commitment in China. Aiming to build confidence among Chinese consumers, Tesla CEO Elon Musk has pledged his company will begin local production in China within three years.

According to reports, until that time, imports from the United States will continue because the factory still has capacity to grow. Once that occurs, however, Musk says it would only be sensible to “localize production in China for the Chinese market, in Europe for the European market.”

Though Musk and Tesla haven’t had the best time in China since importation began in mid-2013 — ranging from sales issues and speculators, to range anxiety and consumer preferences — the CEO is optimistic about the future of his company’s work in the market, taking the long-term view as the basis for said optimism.