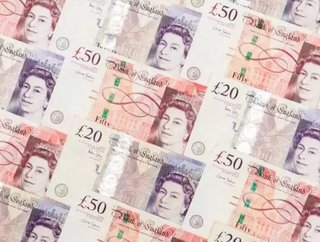 Growth and investment in the UK are &ldquo;at risk&rdquo; because of manufacturers remaining disengaged from the banking sector, a new report warns. It...

Growth and investment in the UK are “at risk” because of manufacturers remaining disengaged from the banking sector, a new report warns.

It’s been nearly a decade since the start of the credit crunch, and the relationship between manufacturers and the banking sector is still “yet to recover". This is according to a new report from EEF, the manufacturers’ organisation.

Many more businesses (55 percent) are holding more cash on their balance sheets compared to before the recession. More than 85 percent of manufacturers are confident in securing finance; however, only 35 percent are more likely to use finance than they were two years ago. It has also been made clear that just over half of companies would postpone or even cancel investment opportunities if they felt they couldn’t supply the money for it themselves.

“Competition and Markets Authority must provide swift and firm remedies that pack enough punch to stop the rot,” a spokesperson from EEF said.

Nevertheless, worries about the decline in bank stock prices could bring competition shortfalls back to the way it has been in previous years. Issues (such as the absence of product diversity, little transparency and poor banking relationships) have been discouraging factors. This absence of a diversified base for finance could lead to tighter credit conditions which would be detrimental for the real economy.

The final recommendations are due on the 9th August from the CMA and have been described as ‘critical’ with manufacturers still being more likely to use ‘traditional’ products with medium-term debt (64 percent), asset finance (56 percent) and overdrafts (50 percent) the most common types of finance they would contemplate.

Lower costs (59 percent) and the ability to demonstrate manufacturing-specific expertise (53 percent) would encourage them to consider increasing their use of external finance. At the same time, 60 percent of companies would consider switching banks if the process was simpler. This means additional measures to boost competition in the banking market will be key.

The Chief Economist at EEF (Ms Lee Hopley) says: “Manufacturers’ reluctance to rely on external finance is a persistent hangover from the credit crunch, where trust and confidence in the banks stalled and never quite recovered. But with the Brexit vote dampening investment intentions and adding to uncertainty, this pre-existing condition could now become further aggravated, posing a risk for growth.”

To read the full report by EEF, click here