Volkswagen has revealed its plans to build an alliance with Ford 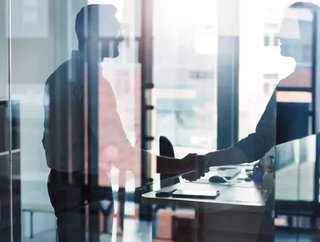 The automotive industry is facing challenges on an unprecedented scale. Witnessing ongoing demands for electric, hybrid and self-driving vehicles, stri...

The automotive industry is facing challenges on an unprecedented scale. Witnessing ongoing demands for electric, hybrid and self-driving vehicles, stricter emissions rules and higher tariffs, the US automotive industry has seen the rise of tech players, such as Google and Amazon further ramp up the competition. It is becoming increasingly difficult for automotive companies to go it alone, where leaders have now sought to collaborate to drive increased efficiency and enable significant business growth.

Presently, Volkswagen (VW) and Ford have an agreement in place to collaborate on the development of commercial vehicles. However, VW CEO Herbert Diess has revealed that the company is looking to increasingly work with Ford to further “strengthen the American automotive industry,” where Ford Executive Chairman Bill Ford Jr informed reporters that talks regarding an alliance are going “very well.”

Volkswagen is set to build a new plant in the US which will build both VW and Audi motors, which will complement its plant in Chattanooga, Tennessee.

An alliance between both companies makes sense, where both parties can mutually benefit. Whilst Ford plans to spend more than US$10bn on new technologies to take the business to a new age, where its strengths remain in the sales of its trucks and SUV’s.

Investing €44bn (US$50bn) in autonomous driving and mobility solutions, Volkswagen will therefore support its operations in areas of which Ford has low sales, such as China where it holds close to 15% of vehicle sales. "Ford is very strong in the US; we are strong in other markets," confirmed Diess.

"Volkswagen expects significant synergy effects from the potential to lower costs or increase performance via scales. Ford and Volkswagen will nevertheless remain competitors, as the proposed cooperation does in no way concern commercial, marketing or pricing strategies,” reported Forbes.