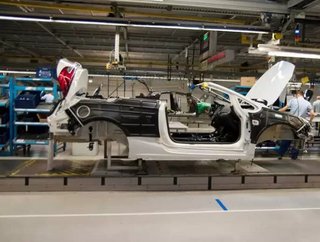 The Swedish car manufacturer, Volvo, has announced it plans to locally assemble two new models in India by the end of this year. Volvo will be assembli...

The Swedish car manufacturer, Volvo, has announced it plans to locally assemble two new models in India by the end of this year.

Volvo will be assembling its XC60 model and the V90 cross country in a bid to compete with German luxury car manufacturers in the Indian clean vehicle market.

The move also attempts to prepare for the future of the automaker industry, as emission standards become stricter.

In October last year, the company had already started locally manufacturing the XC90 and S90 models at its facility in Bangalore.

Volvo says it hopes to expand its sales network in India, hoping to open one new dealership every month until the end of 2018.

Most parts are still shipped on demand from Sweden, but the company hopes that by opening a new central parts warehouse in India, it will not have to wait for shipping in the future.

Coupled with the expansion of the Bangalore factory, this will boost local production immensely.

Volvo Car India Managing Director Charles Frump said, according to The Hindu: “The biggest gap we have here is that we don’t have a small SUV and XC 40 fills that gap. Right now, we have 21 dealerships and we will get to 29 stores by the end of this year. So that will give us full coverage of India.”

"It is a not a question of if, but when we will start assembling hybrid vehicles in India,” Frump told the Economic Times.

“There are various studies going on and we are trying to convince the government on why hybrids are an important bridge towards complete electrification.”