'We Want to Be More Like Apple,' Says Boeing CEO 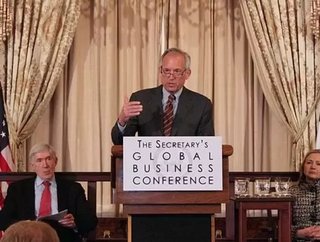 Boeing Chief Executive Officer Jim McNerney has revealed at an annual industry conference in Seattle that he wishes his company to adopt an approach to...

Boeing Chief Executive Officer Jim McNerney has revealed at an annual industry conference in Seattle that he wishes his company to adopt an approach to innovation similar to that of Apple.

He expressed his intentions to move away from longer, ‘moon-shot’ development cycles which the company has traditionally stuck by, instead opting for more rapid product innovation while looking to improve manufacturing execution and reduce costs.

The aerospace industry can be excused for long development cycles, as years of research and education and training of employees in highly specialised roles is key to bringing new products to market, with almost no margin for error.

Boeing’s Dreamliner project is emblematic of this, as years of testing and re-modifications still hasn’t resulted in total lift off.

As well as speeding up development cycles, McNerney could be trying to tap into the success of Apple’s brand portrayal to the public in light of recent bad press.

The company has been under scrutiny over many of its practices, especially surrounding the enormous amount of taxpayers’ money it receives from the US government. Al-Jazeera has ranked it as the top recipient of subsidies of all major corporations, counting 137 such payments at some $13.2 billion.

Boeing has also angered public opinion by laying off workers in Washington, its manufacturing stronghold, despite accepting an $8.7 billion tax break in order to keep jobs in the area – the highest ever such tax preference in American history.

In shifting towards Apple it is likely that the company would need to refocus away from enormous government projects that consume huge resources and time. Upcoming plans include successors to the 737 and A320, much like Apple’s iPad being upgraded to the iPad2 and iPad Air.

It is not entirely clear however just how the boss intends to adopt the Apple approach.