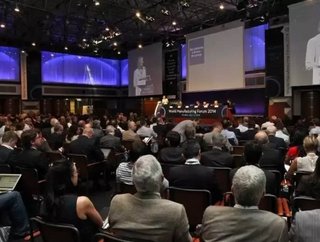 Industry leaders, policy makers, and engineering researchers from 45 nations contributed to increasing confidence in the manufacturing sector’s ability to contribute to global prosperity at the two-day World Manufacturing Forum in Milan.

Topics addressed included the sector’s most pressing challenges at present as well as highlighting opportunities across the technical, economic and educational domains.

“There has been a very enthusiastic mood at this year’s forum, and definitely a proactive approach,” said Dr Marco Taisch, Scientific Chairman of WMF 2014 and Professor of Operations Management and Advanced and Sustainable Manufacturing at Politecnico di Milano University. “The discussions have been marked by an assurance that manufacturing is a driving force for economic growth.”

Dr Thomas Kurfess of the US’s Georgia Institute of Technology, who recently concluded a year as the White House’s policy adviser on advanced manufacturing, agreed that “things are on the upswing” in the manufacturing sector.

He suggested that normality is returning following the uncertainty and disruption that, for two decades, accompanied the advent and growth of globalisation. “Things are levelling out again now”, he said.

Among the wealth of topics discussed at the forum’s eight plenary sessions were some major new challenges that are facing the industry.

Firstly, the forum highlighted the need to address the formulation and establishment of technical, social, and environmental standards that could be applied worldwide both to manufacturing systems and to the products that emanate from them.

Secondly, the forum focused on the need for the protection of the sophisticated cyber-systems that are growing ever-more prevalent in the manufacturing field. Workforce training to confront the “education skills gap” also remains a prominent concern.

This year’s forum, the third in a series that began in May 2011 at Cernobbio, attracted 601 registrants from 438 distinct organisations, including top managers from companies including ABB, COMAU, Dassault Systèmes, KUKA, McKinsey, Samsung, and Siemens.

Of those who attended, 54 percent came from industry, 35 percent from research institutions, and 11 percent from the policy sector.

“The policy makers seem keener on working with manufacturers than they have in previous years,” Taisch concluded.