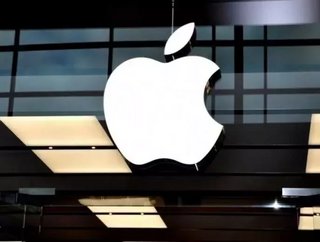 At least two or three times a year the Apple rumor mill goes into overdrive. Speculation regarding new products, new operating systems or software updates makes headlines around the world, but what can we really expect from the technology manufacturing giant? Manufacturing Global finds out.

APPLE WATCH TO LAUNCH IN MARCH

According to reports the Apple Watch will go on sale sometime in March. It is thought that Apple will ship in the region of 2.8 million Apple Watch units in the first quarter of this year. Although most Apple Watch suppliers are expected to produce enough components for 4 million to 5 million units, some analysts have noted that the supplies for several key parts may be constrained due to low yields.

Apple may also reveal additional details about the Apple Watch ahead of its release, including battery life information. A recent report from 9to5Mac suggested that Apple is having difficulty meeting the original battery life goals that it set for the Apple Watch. According to 9to5Mac’s sources, Apple was hoping to get 19 hours of mixed usage per charge.

A research note seen by AppleInsider predicted that the long-rumored 12-inch MacBook Air with Retina display would be released in the first quarter of 2015. The 12-inch MacBook Air is expected to feature many design changes aimed at making it thinner than any of Apple’s previous models, including the elimination of full-sized USB ports, MagSafe connectors, and SD card slots. Apple will instead utilize a USB Type-C port that will handle both connectivity and charging functions for the device.

According to reports, Quanta Computer - the same company that is supposedly manufacturing the Apple Watch - has already started production on the 12-inch MacBook Air. That production timeline would appear to align with a March launch date.

According to reports, Apple sold a record-setting 73 million iPhones during the last three months of 2014. As noted by Business Insider, this is well above the 66-million-unit consensus among analysts.

If these figures are accurate, then Apple will have far surpassed all of its previous quarterly sales records, including the all-time record of 51 million units that it set in the 2013 holiday quarter. The company will announce its 2015 first fiscal quarter results on Tuesday.