Is 3D Printing the Future of Automotive Manufacturing? 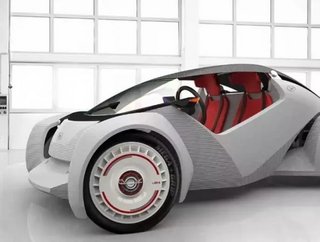 U.S. based automotive company Local Motors is changing the way cars are manufactured. Based in Phoenix, the industrial design and manufacturing outfit w...

U.S. based automotive company Local Motors is changing the way cars are manufactured. Based in Phoenix, the industrial design and manufacturing outfit was one of the pioneers of cloud-based co-creation, where members of a 150,000 strong community submitted and refined ideas for products, dramatically speeding up the whole process.

The company was founded in 2007 and its first project was the Rally Fighter – a high-speed off-roader built from both original parts of off-the-shelf components.

Since the launch of this project, the company has branched out into a variety of projects, from electric bikes to home appliances and a military vehicle prototype, which was developed in under five months.

Local Motor’s CEO, Jay Rogers, is a Princeton and Harvard-educated U.S. Marine and a veteran of the Iraq War with a clear vision for how to get things done effectively and efficiently, while always leaving room for improvement. Now the company is taking that idea to the next level, one layer of extruded plastic at a time.

The latest vehicle to come out of the Local Motor’s factory is a 3D-printed electric sports car designed by a community of members from Italy. The car is currently being designed before it will be printed on location in September at the International Manufacturing Technology Show in Chicago.

Called the Strati, it’s a collaboration of Local Motors, industrial parts shaping specialist Cincinnati Incorporated and the Oak Ridge National Laboratory, where a custom printer was created for the car.

Produced from a new fiber-reinforced thermoplastic strong enough for use in an automotive application, the chassis and body without drivetrain, wheels and brakes weighs just 450 pounds and the completed car is comprised of just 40 components, a number that gets smaller with every revision.

Rogers hopes to reduce the printing time of the vehicle to just 2.4 hours by the end of 2014 and believes the entire manufacturing process can be reduced to one hour or less in the future. While the current technology extrudes about 12 pounds of plastic per hour, Rogers says the experimental limit is 1,000 times as fast. Rogers firmly believes that 3D printing could reform the industry.

While this undertaking is perfectly suited to Local Motors’ small scale manufacturing model, Rogers sees no reason that it can’t be scaled up to work on a mass production level once the speed is increased. Several of the shipping container-sized printers could pump out constantly evolving cars by the thousands.

Tapping into his military mind, Rogers envisions the printers being deployed with troops into the field to produce disposable vehicles, each finely tuned for a specific mission. It would eliminate waiting for much-needed equipment, and parts could be recycled or repurposed when the vehicles are no longer needed.

“People in the know are familiar with the massive overhead required by traditional manufacturing,” Rogers says. “The Strati is an experiment to prove this method works. If we can do it, there's no reason why we shouldn’t be doing it.”