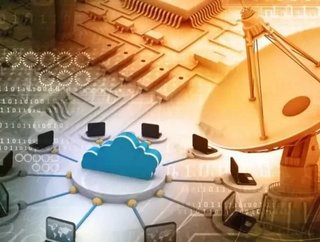 When the global manufacturer Innovia Films signed up to Aurora365 it was expecting a cost-efficient infrastructure monitoring and management service tha...

When the global manufacturer Innovia Films signed up to Aurora365 it was expecting a cost-efficient infrastructure monitoring and management service that would help free up valuable IT department time. However, since first deploying Aurora365 at the start of 2015, Innovia Films has uncovered at least seven unexpected cost, security and risk management benefits as a result of more effective monitoring across the company’s global network.

“Since signing up to Aurora365, we’ve not only been impressed with the service, but within just six months of deployment, the company has also benefited from additional unexpected business benefits,” said Graeme Coulthard, Group IS/IT Manager of Innovia Films. “With production sites in the UK, USA, Belgium and Australia our IT network is vast - connecting our expanding infrastructure of sales offices, agents and distributors worldwide. Prior to engaging with Aurora365 we believed there were clear opportunities to improve the monitoring of our IT performance – however, with its infrastructure monitoring and management service in place, we’re not only taking advantage of the proactive information it generates but have also identified a number of key business benefits.”

“With Aurora365 we now enjoy full visibility across all of our switches, giving us a more meaningful understanding of just how our IT infrastructure is configured and a consequent awareness of the likely impact of any changes,” added Paul Carrick, Global Systems Analyst of Innovia. “Whether it’s more effective cost analysis, more efficient operational IT processes, more secure back-ups, or greater online safety, Aurora365 gives us a fantastic overview of our worldwide IT estate - enabling us to make smarter decisions for higher productivity, risk and cost savings going forward.”

Time Saving for Planned Network Changes - As part of an ongoing programme of change to improve Innovia Films’ network infrastructure, Aurora365 enabled planned switch changes to be distributed automatically. This saved the Innovia Films’ team 12 hours of work and reduced the risk of human error during configuration. The team expects to see further time saving benefits as the network improvement programme continues.

Removed risk of not performing routine Back-ups - Due to the time involved network configuration backups were not previously routinely performed. This introduced risk and uncertainty in the event of potential network equipment failure. Since the rollout of Aurora365, Innovia Films has been able to replace multiple platforms with minimal fuss or disruption to its operations.

Safeguarding uptime for Users Globally - During the rollout of the Aurora365 solution to the Innovia Films operation in the Americas a file server was discovered that had a failing RAID (Redundant Array of Independent Disks ) configuration. The server subsequently failed – but the early identification of the risk by Aurora365 enabled the company to mitigate its impact to users.

And for the first time – a holistic view of switches - Often a vital piece of missing information for many IT departments, with Aurora365, Innovia was able to gain a holistic view of their switches for the first time.  Before Aurora, Innovia planned to document their switches manually as part of an ongoing process. The real-time insight Aurora now provides means that this headache has gone away, leaving Innovia confident to make the right moves, adds and changes.