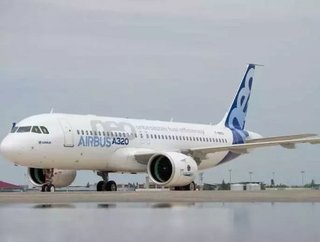 To match ongoing high demand for its bestselling A320 Family, Airbus has taken the decision to further increase the production rate of the Single Aisle...

To match ongoing high demand for its bestselling A320 Family, Airbus has taken the decision to further increase the production rate of the Single Aisle Family to 60 aircraft a month in mid-2019.

The news follows Airbus signing an agreement earlier this week with China Aviation Supplies Holding Company (CAS) to provide 30 A330 Family aircraft and 100 A320 Family aircraft.

Fabrice Bregier, President and CEO of Airbus, said: “We are grateful to CAS, one of our longest standing customers, for its continued confidence in Airbus and in the versatile A330 Family as well as the best-selling A320 Family. This strong demand in China for the A330 has been the key driver behind our decision to set up an A330 Completion and Delivery Centre in Tianjin, China next to the A320 Family final assembly line and delivery centre in Tianjin, which has assembled and delivered more than 240 Airbus single aisle aircraft. This will enable us to be even closer to our customers and to take our long-standing mutual beneficial partnership with China to a new height.”

The A330 is one of the most popular widebody aircraft ever and has to date won over 1,500 orders, with over 1,200 flying with more than 100 operators worldwide. Airbus is investing hundreds of millions of Euros per year in the A330 Family to maintain the aircraft at the leading edge of innovations.