Apple to be prioritised by Foxconn's Imminent Foxbots 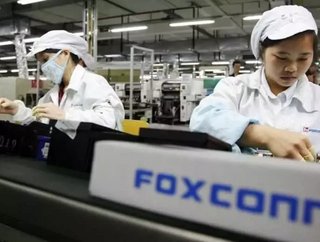 Long-awaited news on the Foxconn &lsquo;Foxbots has come in the form Terry Gous announcement that they are in the final stages of development and testin...

Long-awaited news on the Foxconn ‘Foxbots’ has come in the form Terry Gou’s announcement that they are in the final stages of development and testing and that its leading client, Apple, will be the first to reap the rewards of the enhanced automation.

When the strategy to turn to robots in the manufacturing process first came to light, CEO, Gou anticipated that more than a million would be in operation by 2014. While the number actually functioning at present is not known, this latest statement suggests that the real revolution is yet to happen.

The news comes on the eve of expected manufacturing being begun on the iPhone 6 leading to rumours that this will be the most autonomised process for any of the Apple devices up to this point.

Smart money suggests that the comprehensive workforce won’t be out of work just yet though, with the company recently adding 100,000 employees to its army in preparation for the new Apple smartphone.

In the long run, however, Apple will almost certainly be putting its world-renowned devices in the hands of the Foxbots, with each robot reportedly able to produce 30,000 devices per year.

If the forecasted projected of 10,000 installed robots is close to the mark, then this would hypothetically mean 300 million iPhones coming off the production line, with not a single human hand in sight.

A further reason for Gou’s urge to release the Foxbots soon is the financial gains that will be made through the heightened automation.

Despite costing up to $25,000 per robot, the 1.2 million workers currently employed by Foxconn demand a much higher output when taking into account wages and the slower production through down-time and stoppages.

Undoubtedly, the Foxbots are coming. Whether they make in time for iPhone 6 though remains to be seen.