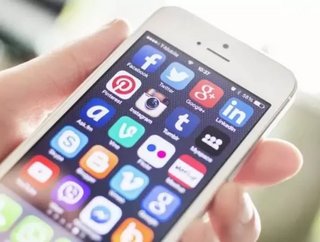 The US Patent and Trademark Office has officially published a series of 55 newly granted patents for Apple Inc.First, Apple has been granted a patent fo...

The US Patent and Trademark Office has officially published a series of 55 newly granted patents for Apple Inc.

First, Apple has been granted a patent for their manufacturing techniques for electronic devices. Specifically, the patent pertains to shaping device structures - such as display - with a water jet shaping technique.

The material that is used to form display layers such as color filter array layers, thin-film-transistor layers and cover glass layers usually starts as large panels called mother glass. The mother glass is cut (or singulated) into device-sized pieces using a scribing and breaking process. The display layers can then be laminated together to form displays. Sometimes, mechanical milling machines are used to mill openings into glass layers.

Conventional singulation techniques can only be used to form straight cuts, which is obviously very limiting. Conventional milling techniques may require multiple passes when forming certain shapes to avoid stress buildup, which can reduce throughput and limit the types of features that can be incorporated into a glass layer. Hence, Apple thought that it would be desirable to be able to utilize enhanced techniques for manufacturing electronic device structures.

Additionally, Apple has been granted a patent for their invention relating to the use of an ultrasonic welding machine in electronics manufacturing.

Lastly, Apple has been granted a patent for their invention relating to integrated touch screens including drive lines formed of grouped-together circuit elements of a thin film transistor layer and sense lines formed between a color filter layer and a material layer that modifies or generates light.

Apple first introduced the iPhone with "Integrated Touch" in 2012 via the iPhone 5. However, recent news reports on the iPhone 5.5 claim that in-cell displays are causing delays in the phone.