Apple Puts Pressure on the Accessories Industry with iPhone 6 Rumours 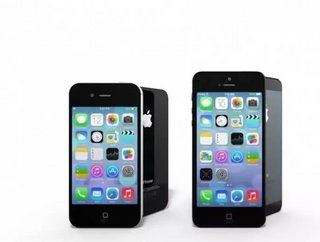 Following the rumours that Apple will be launching two versions of the iPhone 6 in a bid to fight back against larger android rivals, Peter Woodd, CEO a...

Following the rumours that Apple will be launching two versions of the iPhone 6 in a bid to fight back against larger android rivals, Peter Woodd, CEO at IDT Systems has commented on the effects this will have on the Smartphone industry; in particular, that of the mobile accessory industry.

“The now yearly rumours of new iPhone launches has come round once again, with the iPhone 6 being purported to feature a bigger screen on a rounder, thinner phone with a better “ultra-retina” display.

“The knock-on effect of these rumours is incredible. Not only will Apple’s competitors be desperate to see what new developments the technology giant will reveal in the latest device, but the accessory industry too will feel the pressure.

“As soon as the iPhone 6 is released, customers will want not only the accessories to accompany it but expect to be given a choice to make it their own. To compete and succeed in an environment as fickle and fast-paced as this, the accessories industry needs to keep its finger on the pulse. With Apple, there’s no question of catching up, you almost need to be one step ahead of them.”