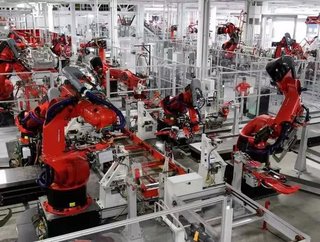 Apple Inc.’s major suppliers in China, including iPhone-maker Hon Hai Precision Industry Co., plan to resume full-scale production in the country February 10, despite the coronavirus that has infected thousands and limited travel.

Foxconn’s Hon Hai, the most important manufacturer for the U.S. company, said Tuesday it still expects to be able to restart facilities throughout China on schedule, according to a text message sent to Bloomberg News. Suppliers such as Quanta Computer Inc., Inventec Corp. and LG Display Co. also said they would go back to work next week in China.

While Chinese officials and companies have targeted Feb. 10 as the date to resume work in much of the country, doubts about the timing have grown in recent days as the virus death toll rises, workers find themselves stuck in municipal lockdowns and the transport of people and goods has been hampered. More than 20,000 people have been infected with the virus and more than 400 have died.

Virtually all of the world’s iPhones are made in China, primarily by Hon Hai at its so-called iPhone City in Zhengzhou and by Pegatron Corp. at an assembly site near Shanghai. Each of those locations is more than 500 kilometers away from Wuhan in central China, the epicenter of the viral outbreak.

“The main variable is whether the government will push back the time for resuming production, though it is not very likely given the complexities of organizing transportation for the returning migrant workers,” said GF Securities analyst Jeff Pu. He added that any potential labour shortage is a serious issue that weighs on the minds of suppliers.

Apple said this week that it would close its corporate offices, stores and contact centers in mainland China through February 9, out of an “abundance of caution and based on the latest advice from leading health experts.”

Last week, Apple reported holiday-quarter revenue that beat Wall Street expectations on rebounding iPhone demand, sending its shares to a record. It issued a forecast that was wider than usual due to uncertainty created by the spread of the virus.

An Apple spokesman referred questions to Cook’s remarks last week that the company is monitoring developments in China closely and working with employees and partners in the region.