BREAKING: Apple to 'give Tesla a run for its money' with a self-driving vehicle 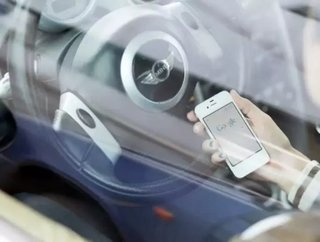 Last week it was reported that a mysterious Apple van had been driving around the streets of San Francisco. After much speculation that the van could be...

Last week it was reported that a mysterious Apple van had been driving around the streets of San Francisco. After much speculation that the van could be used to develop a self-driving car, Business Insider received an unsolicited email from an employee at Apple about ‘vehicle development’ at the tech firm.

The source revealed Tesla employees were ‘jumping ship’ to work at Apple.

“Apple's latest project is too exciting to pass up,” the source said. “I think it will change the landscape and give Tesla a run for its money.”

According to LinkedIn, Apple has about 50 employees who previously worked at Tesla. Many of those hires were engineers who interned at Tesla. Most of the engineers Apple has hired from Tesla specialize in mechanics, manufacturing, and robotics.

This of course begs the question, is Apple ramping up to build a self-driving vehicle to rival the likes of Tesla and Google?

It could also mean that Apple is working on new iPhone-to-car experiences that will compete with what Tesla offers in its vehicles, but either way the new development is extremely exciting.

Apple has an initiative called CarPlay that lets you control certain cars' entertainment and other systems with your smartphone. It was supposed to come out in 2014 but has been delayed, and it has only just started to emerge on cars like the 2015 Hyundai Sonata.

Unsurprisingly the rumour mill has gone into overdrive – is it possible this Apple employee is talking about things like using your iPhone to unlock and drive a CarPlay-partner car without needing a key — Tesla began offering this with its 6.0 system update last year. Or perhaps a much deeper set of integrated experiences with navigation, audio, and other systems.

Whether or not Apple is working on a car of its own, the company seems to compete with Tesla for top talent. Tesla has hired about 150 people from Apple so far, according to Bloomberg, and Apple has reportedly tried to appeal to potential Tesla hires with $250,000 signing bonuses and huge salary hikes.

The competition just heated up!