Coeval could save the UK taxpayers more than £23mn a year 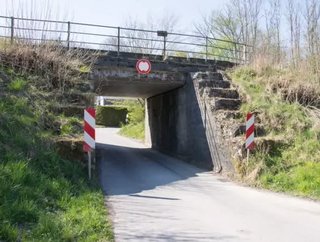 The Birmingham-based technology manufacturer, Coeval, is to introduce its Intelligent Warning Systems to British tunnels, bridges, and overhead cables...

The Birmingham-based technology manufacturer, Coeval, is to introduce its Intelligent Warning Systems to British tunnels, bridges, and overhead cables.

In doing so, the company could annually save taxpayers £23mn (US$32mn), as well as enforcing a safer system that could save lives.

The system aims to reduce the likelihood of over-height vehicles colliding with railway bridges and tunnels, through the use of sensors and LED signs.

There were a reported 1,700 cases of these collisions in 2017, according to Network Rail.

“Even in the last few weeks, there has been four railway bridges hit by overheight vehicles, with each one estimated to cost £14,000 and take roughly 2 hours to clear up.

“Despite several failed attempts to stop the problem, the real answer has been in front of our eyes for over 30 years.”

“Our Overheight Vehicle Detection System doesn’t try to change driver behavior, we prefer to focus on preventing collisions before they happen by taking human error out of the equation.”

“We’ve fitted these systems to the Dartford Tunnel, a number of high profile roads in Edinburgh and in cities in Brazil, Hong Kong, Singapore and Greece. It’s the only solution that works.”