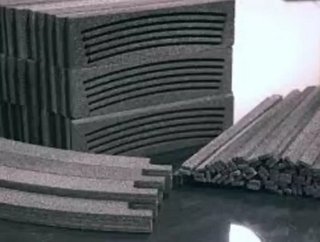 CONSOL Energy has made an initial investment in the coal-to-products space by acquiring a 25% equity interest in CFOAM Corp. CFOAM has manufacturing fa...

CONSOL Energy has made an initial investment in the coal-to-products space by acquiring a 25% equity interest in CFOAM Corp.

CFOAM has manufacturing facilities in Triadelphia, West Virginiawhere it produces high-performance carbon foam products from coal and focuses on meeting demand for high-grade materials in the industrial, aerospace, military and commercial product markets.

"This is our first major step in the coal-to-products area, which leverages certain attractive properties of coal but with significantly lower emissions and greater value uplift potential than conventional combustion applications. These products not only provide a high-margin revenue stream but also provide an intriguing new opportunity to utilize the vast resource base that our country is endowed with," commented Jimmy Brock, President and Chief Executive Officer of CONSOL Energy Inc.

"Consistent with our capital allocation process, the CFOAM investment is part of CONSOL's measured investment bucket earmarked for innovative and alternative uses of coal as a pathway for diversification. Today, CFOAM products are used or being developed for a wide range of markets including composite tooling for the aerospace sector, as well as energy absorbing, structural, and defense applications. We estimate that the total addressable market ("TAM") for such products is over $15bn annually."

With the completion of this transaction, CONSOL Energy is now pursuing alternative uses of coal in the following different areas:

CONSOL Energy is a Canonsburg-based producer and exporter of high-Btu bituminous thermal and crossover metallurgical coal. It owns and operates some of the most productive longwall mining operations in the Northern Appalachian Basin. Its flagship operation is the Pennsylvania Mining Complex, which has the capacity to produce approximately 28.5 million tons of coal per year and is comprised of 3 large-scale underground mines:  Bailey, Enlow Fork, and Harvey.