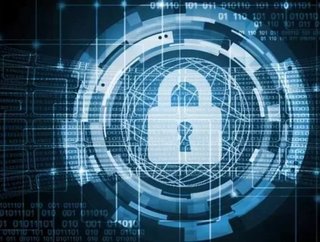 Most business decision makers in the UK admit that their organisation will suffer from a cyber security breach at some point. They also anticipate that...

Most business decision makers in the UK admit that their organisation will suffer from a cyber security breach at some point. They also anticipate that to recover from a data breach would cost upwards of £1.2 million on average for their organisation; the highest figure globally. This is according to a new Risk:Value report from global information security and risk management company, NTT Com Security, which surveyed business decision makers in the UK as well as US, Germany, France, Sweden, Norway and Switzerland.

While nearly half (48%) of UK business decision makers say information security is ‘vital’ to their organisation and just half agree it is ‘good practice’, a fifth admit that poor information security is the ‘single greatest risk’ to the business, ahead of ‘decreasing profits’ (12%), ‘competitors taking market share’ (11%) and on a par with ‘lack of employee skills’ (21%).

Well over half (57%) agree that their organisation will suffer a data breach at some point, while a third disagree and one in ten say they do not know. Respondents estimate that a breach would cost them £1.2m, even before ‘hidden costs’ like reputational damage and brand erosion are taken into consideration, and take on average two months to recover from. They also anticipate a 13% drop in revenue, on average, following a breach.

The survey shows that recent high profile data breaches are starting to hit home. A similar report published by NTT Com Security in 2014 revealed that 10% of an organisation’s IT budget was spent on information security, compared to 11% this year. However, in the latest report around a quarter (23%) of UK businesses reveal more is spent on human resources (HR) than on information security.

In terms of remediation costs following a security breach, nearly a fifth (18%) of a company’s costs would be spent on legal fees, 18% on fines or compliance costs, 17% on compensation to customers, and 11% for third party remediation resources. Other anticipated costs include PR and communications (14%) and compensation paid to suppliers (12%) and to employees (11%).

According to the report, the vast majority of respondents in the UK admit they would suffer both externally and internally if data was stolen, including loss of customer confidence (66%) and damage to reputation (57%), as well as direct financial loss (41%). Over a third of decision makers (34%) expects to resign or expects another senior colleague to resign as a result of a breach.

Stuart Reed, Senior Director of Global Product Marketing at NTT Com Security, comments: “Attitudes to the real impact of security breaches have really started to shift, and this is no surprise given the year we have just had. We’ve seen several major brands reeling from the effects of serious data breaches, and struggling to manage the potential damage, not only to their customers’ data, but also to their reputation. While the majority of people we spoke to expect to suffer a cyber security breach at some point, most fully expect to pay for it as well – whether that’s in terms of third party and other remediation costs, customer confidence, lost business or even possibly their jobs.”

Whose responsibility is it anyway?

·      41% of UK organisations have a disaster recovery plan in place, and 40% have a formal security policy in place. In both cases, almost half are in the process of implementing or designing one.

·      When it comes to responsibility for managing the company’s recovery plan, 15% say the CEO now has responsibility, although it still largely falls to the Chief Risk Officer (CRO), Chief Information Office (CIO) or Chief Security Officer (CSO).

·      While 77% agree it is ‘vital’ their business is insured for security breaches, only 26% have dedicated cyber security insurance. However, 38% are in the process of getting a policy.

·      One in five respondents in the UK say they do not know if their organisation has any type of insurance to cover for the financial impact of data loss or an information security breach.

“It’s encouraging to see that almost all UK businesses now have a disaster recovery and formal information security policy in place, or are planning to implement one soon,” adds Reed. “Clear, concise internal processes and policies for employees and contractors have so often been overlooked and this is what can lead to complacency and poor security hygiene. When we talk to clients, we make it clear that educating staff about security should be a top priority, supported by clear, simple procedures and backed up by a solid incident response plan.”