Digital transformation in Germany is creating more jobs than destroying 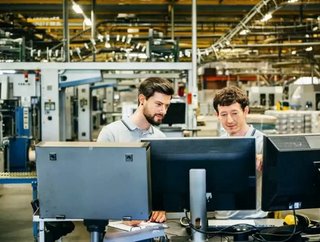 According to a recent study by the Centre for European Economic Research (ZEW), digital transformation in Germany is creating more jobs than it is destr...

According to a recent study by the Centre for European Economic Research (ZEW), digital transformation in Germany is creating more jobs than it is destroying.

The Digitalisation and the Future of Work report notes that although more jobs are being created in the industry, the further implementation of digital technologies is changing employment structure.

The report evaluates on employment, unemployment, and wages in correspondence with digitisation, based on a survey on digital implementation and a model-based estimation of the relevant macroeconomic mechanisms.

Approximately 50% of German establishments feature Industry 4.0 technologies, which make up on average 5% of a facility’s means to production and 8% of its office and communications equipment.

Investments in the digital technologies have led to an increase of 1% on employment between 2011 and 2016.

“Though these technologies have a labour-saving effect, up until now they have created more new jobs than they have replaced,” said Dr Melanie Arntz, Head of the ZEW research department.

Jobs that involves routine tasks are dropping, whereas positions related to analytics, such as software development or programming are growing.

“Establishments that invested heavily in modern digital technologies early on are still among the leaders in their industry, while those who came late to the party are noticeably falling behind. This divide needs to be tackled in a targeted way,” Arntz added.

“High-wage professions and sectors are the ones that are profiting the most from new technologies in the form of higher employment and wage increases, while low-paid jobs and sectors, on average, are losing out.”