F1 technology will be used to design greener cars 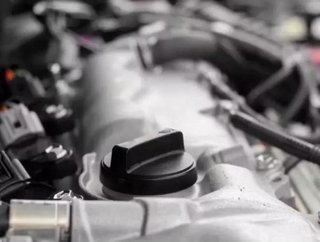 The project is one of more than 130 car manufacturers, technology companies, and research centres across the country to have won a share of the money, announced in the Budget, which will create hi-tech jobs and help Britain become a global leader in exporting state of the art, emission-cutting technology.

A consortium including Jaguar Land Rover and Nissan has received £1.7 million for ‘light weighting’ technology, applying the science behind Formula 1 cars and space satellites to make passenger cars weigh less and be more fuel efficient. The results could reduce the weight of steel components in vehicles such as the Nissan Leaf by more than half, potentially extending the distance a plug-in car can drive by up to 25%.

Transport Minister Andrew Jones said: “Our £38 million investment will help Britain become a world leader in this exciting and valuable technology sector, creating skilled jobs of the future as part of our long-term economic plan. It will also mean lower running costs for motorists and less fuel consumption, which is good for the environment and our economy.

“This competition continues our £600 million commitment by 2020 to support the uptake of ultra-low emission vehicles, making journeys cheaper and greener, ensuring the nation is fit for the future.”

The winning projects were chosen following a competition launched last September encouraging companies to propose innovative ideas to cut vehicle emissions. The funding combines £30 million from the Office for Low Emission Vehicles (OLEV) with £8.2 million of additional funding from Innovate UK, who will support the schemes.

They will begin unveiling working prototypes by 2018 and could feature in passenger cars from 2020.

Roland Meister, Head of Transport at Innovate UK said: “UK businesses have a great opportunity to be at the leading edge of the global drive to increase efficiency and reduce emissions from our vehicles. This £38m of Government support means that more than 130 innovative organisations right across the country now have the chance to get their ideas off the drawing board and potentially into the cars and trucks of the future, boosting the economy by at least £532m in the process.”