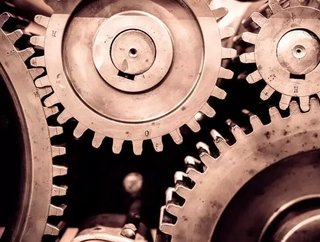 Finland-based cleantech company, Altum Technologies, is the first organisation to use ultrasound in the removal of dirt and waste from industrial equipm...

Finland-based cleantech company, Altum Technologies, is the first organisation to use ultrasound in the removal of dirt and waste from industrial equipment without the need to interrupt production.

Matias Tainela, CEO of Altum, said: "The biggest differentiator is that our customers don’t have to stop production to clean fouling. All competing cleaning methods require production stops - these stops are extremely expensive and inefficient.”

Altum’s range of Power Ultrasound devices attach to equipment and emit precisely-pitched, high-power ultrasound waves. These in turn break up and disperse fouling in practically any equipment carrying fluids. This technology was developed in partnership with the University of Helsinki.

Professor Edward Haeggström, CTO and Partner at Altum said: "The technology we developed is probably the only modality that gives external access to closed structures, as well as giving users the ability to clean with no chemicals and with no temperature increase.”

Altum is also working to adapt its technology to purify water, treat contaminated soil, and eliminate bacteria such as legionella. Tainela added: “In the future we will be able to properly manage shipping ballast water systems with in-built proprietary artificial intelligence. Currently, major damage is being caused to oceanic ecosystems by non-native organisms being dumped in foreign waters. We will also improve the health of workers and people by helping eliminate different radiation sources, chemicals, and bacteria that arise from different industries."

Managing fouling in heat exchangers costs 30 billion euros in Europe alone, so the potential applications of Altum’s technology are hugely significant. It is currently being tested in six pilot studies across Finland and will soon expand to international partners. The company is backed by seed investment from Lifeline Ventures and the Finnish Funding Agency for Innovation, Tekes.