Ford is leading the transportation revolution 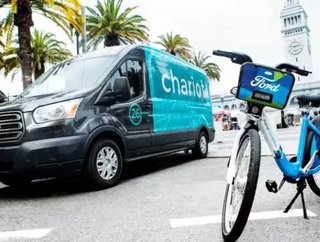 San Francisco is set to benefit fromFords latest expansion into alternative travel, as the company acquires Chariot and prepares to launch GoBike. So w...

San Francisco is set to benefit from Ford’s latest expansion into alternative travel, as the company acquires Chariot and prepares to launch GoBike.

So what do we know about Chariot? It launched in 2014, and its shuttles fill the gap between cab and bus services as a flexible, cost-effective option. Chariot uses Ford Transit shuttles, currently operating around 100 of them around 28 San Francisco Bay routes. Currently, these routes are crowd-sourced based on rider demand, but eventually will operate in dynamically, using algorithms to map the most efficient routes.

Chariot becoming mainstream could be a godsend for city traffic – for every shuttle in service during peak travel times, congestion may be reduced by potentially 25 vehicles, according to a KPMG study. Ford plans to expand Chariot beyond San Francisco within the next 18 months and develop it as the cornerstone of its planned global shuttle services business.

Ali Vahabzadeh is Chariot’s co-founder and CEO, and is overjoyed for Chariot to become part of Ford Smart Mobility: “Chariot’s mission from day one has been to solve the commute by providing a mass transit solution that is fast, reliable and affordable for people living in today’s cities. We started our Chariot service with Ford’s 15-passenger vehicles and continue to use Ford Transit shuttles to this day. We couldn’t be more thrilled to be Ford Smart Mobility’s first acquisition and leverage its leadership in transportation to fulfill Chariot’s goals worldwide.”

Ford is also investing in another popular mode of transportation in the area – bicycles. Motivate, the world leader in bike share, is collaborating with Ford and city officials to bring the number of bikes in San Francisco Bay up to 7,000 by the end of 2018. Ford’s GoBike project launches next year, and will be accessible through the FordPass platform.

Ford hopes to be part of the solution for city overcrowding in the future with these measures. CEO of Motivate, Jay Walder, is similarly aware of the shift in transport around us: “A transportation revolution is coming to the Bay Area. This unique partnership with Ford shows that bike share is no longer alternative transportation; it is central to creating smart, on-demand mobility that represents our values for equity and sustainability.”