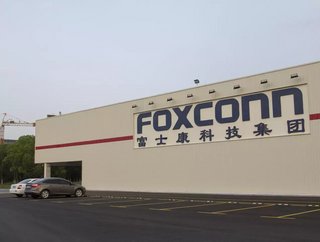 Foxconn, a supplier of technology to Apple, has announced a venture into a new market. The company recently announced its plans to move into the electric vehicle (EV) market, taking on some of the leading global automotive manufacturers.

As the producer of the iPhone, Foxconn is looking to broaden its capabilities, which it has been working on since 2014. The company’s Founder and former Chairman, Terry Gou, says, ‘If we can make iPhones, why can’t we make EVs?’ as he refers to the product as ‘an iPhone with four wheels’.

Since the company failed to produce an EV in previous years, due to the complexity of the build, it is now building up a vehicle supply chain with plans to expand into the EV manufacturing sector. The current leader and Gou’s successor, Young Liu, General Manager at Foxconn, is driving the development of factories in the United States and Thailand for EV manufacture. Liu also plans to supply its components, mechanical parts and software for 5% of EVs by 2025.

As Foxconn is one of Apple’s major suppliers, it is likely it will be involved in Apple’s plans to enter the automotive market. Apple has been working on Project Titan, which has helped the company evolve and according to rumours, Apple it creating an all-electric vehicle for launch by 2028. Although a new venture for both companies, Foxconn already supplies components to other automotive companies, such as Tesla and BMW, and has also made a deal with Stellantis—the manufacturer of Fiat and Chrysler—while also working with Geely to develop software as well as complete vehicles.

Although not confirmed, it’s also rumoured that Apple is also having discussions with other major organisations that could potentially be involved in Apple’s automotive venture.

For more manufacturing insights, check out the latest issue of Manufacturing Global Magazine.