The future disruptors of industry: AR, VR, and cognitive

By Dimitri Tcherevik
May 16, 2020
undefined mins 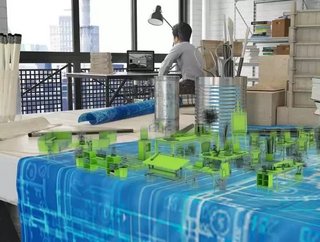 In the early 12th century, one of the earliest innovations in production lines occurred. Workers in the Venetian Arsenal produced ships by moving them d...

In the early 12th century, one of the earliest innovations in production lines occurred. Workers in the Venetian Arsenal produced ships by moving them down a canal, stopping regularly to be fitted with a new part. Throughout the years since, new innovations from process to robotics have given businesses the critical edge. So where is the current landscape looking for that game-changing advantage?

Taking prediction from the gut to the cloud

The concept of cognitive technology has existed for decades, regardless of the misconception that it is a modern day buzz trend. In the marketing industry for example, data has been consistently analysed in order to target and engage specific customers. The next battlefield is not capturing data but being able to analyse it, and those being asked to analyse it are not humans but machines. This is known as predictive maintenance, a process that builds cognitive learning into equipment, allowing for the data being generated through multiple sensors to be processed which means future breakdowns or faults can be predicted ahead of them occurring.

An example of this would be any large scale machinery that has high-resolution time series data, such as a fleet of trucks or MRI scanners. These are expensive pieces of equipment that are already equipped with hundreds of sensors. Being able to accurately predict when these pieces of equipment are likely to breakdown can save millions of dollars through eliminating downtime.

Seeing into the (virtual) future

The days of one piece of technology being able to radically overhaul a process are over. Truly forward thinking businesses must be able to introduce a wealth of different innovations and successfully integrate them into exiting processes. One of the most exciting innovations, which has tended to sit in the consumer space in terms of hype, is VR and AR. Imagine you being able with the use of predictive maintenance to identify a fault, introducing VR and AR allows for you to see a clear visual representation of what that fault looks like, why it has happened and what solutions can be introduced to help.

AR provides a platform that superimposes a computer-generated image on a user's view of the real world. This could identify where a specific fault is located on a screen, reducing time, effort and costs upon initial diagnosis and consequent management. Complementary to this, VR provides another layered dimension by allowing a user to perceptually integrate into an otherwise inaccessible environment. Through wearing mainstream headsets or an appropriately assimilated device, users can guide themselves through the cloned environment in real-time with a magnified lens.

At this point you have the capability to predict a fault hours, days or weeks in advance. You can then re-create the fault in a safe digital environment that you can then visually represent and allow for engineers to practise fixing anywhere in the world.

The benefits of VR and AR do not just stop at the machinery, the benefits for training talent are immense as well. VR can provide a physiologically secure, flexible and private environment for a professional to experiment with and design experiences for a range of purposes. For example, a trainee graduate entering the industry would be unqualified and inexperienced to work closely with sophisticated equipment in hazardous surroundings. By trialling a variety of skills in different contexts, the use of VR can benefit the developing workforce, combat an ageing population and continue to evolve a new generation of manufacturers who will deliver high quality service.

From canals to cognitive

Data was the destination for the past few years. Businesses looked for ways to capture it and silo it successfully. Now the data is there, the next frontier is to be able to analyse it, visually represent it and then have it automatically act to improve business processes. Introducing cognitive applications gives machines the ability to tell you when something is wrong. Technologies such as VR and AR allow for that data to be made visible and interacted with. The days of just relying on the tide for success are long gone.

By Dimitri Tcherevik, CTO of Progress