The future of testing: automation and collaborative robots 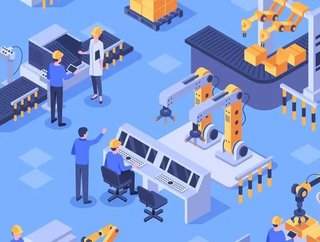 As industrial organisations seek to fully embrace digital transformation and the implementation of data-driven analytics along the entire industrial value chain, one major trend has emerged: the application of robots in device testing.

With manufacturers racing towards digitalisation to limit the impact of COVID-19 on global supply chains, some sources have even claimed that the pandemic could lead to a 75.7% acceleration in robot adoption in the manufacturing industry.

Digital transformation in manufacturing depends on collaborative robot (cobots), but their introduction into testing is a specialised task which requires domain understanding of robots as well as verification and validation processes.

The testing process in manufacturing can be multi-faceted, requiring many actions to be completed simultaneously to generate the required data. As the number of actions increase, so does the complexity of the task. This can lead to difficulties in maintaining the pace and accuracy of testing while doing it manually. This has a knock-on effect on productivity and, ultimately, the bottom line.

The adoption of technologies like robotics can vastly improve the efficiency and reliability of both product and system testing. And, by automating certain functions, more time is allowed for human operators to interpret and analyse the results.

The new era of robotics: cobots

Robots are not one size fits all. Several types can be considered for commercial applications, with capabilities that are suited to wildly different tasks. These are broadly classified as: -

With several options of robots available, it raises the question: which one should be chosen for device testing? The highly specialised nature of service of custom robots means they lack the flexibility required for testing environments. Similarly, industrial robots are better suited for tasks way beyond human capabilities.

Cobots are therefore the clear choice. They offer a host of advantages that make them ideal for working alongside human operators – they are lightweight, smaller in size and energy-efficient. By definition, they are collaborative, enabled with constructional and operational mechanisms to qualify as a safe companion for co-working in the same time and space as human operators. Inherent safety features, such as limitations to their speed and force or virtual safety limits, all make them ideal for a lab set up. In comparison, other forms of robots do not feature such precautions, which means they could pose a safety threat to human operators and other equipment.

Cobots are enhanced with visual, sound, and sensor capabilities for performing end-to-end testing from actuation, providing them with a wide scope of applications in testing processes: -

Cobots are already being used in some industries. In Germany scientists working for Fraunhofer IPA have developed a mobile cobot for Bosch which tests the endurance of home appliances like dishwashers, repeatedly loading and unloading them until they wear out. Employees are relieved of a highly repetitive task and can rely on a standardised and controlled 24-hour operation – in turn, they can channel their own resource into more nuanced tasks.

Meanwhile, Spanish automotive industry supplier Continental, has been using cobots to enhance its production lines. In 2016, the company introduced numerous collaborative robots to automate the manufacture and handling of printed circuit boards. Doing so brought down changeover times by 50%, dropping from 40 when done manually to 20 minutes – allowing that time to be better used elsewhere.

Organisations need to consider several factors before implementing cobots into testing processes. First is the great choice of models – a thorough understanding of the device going under test conditions is needed to select the type of robot, sensors, and the end-effector (robot hand or finger) that will be required during testing.

Once the selection is made, employees must be properly trained to understand how to operate the cobot. Following this, organisations must trial run the operation – testing for timing and verification effectiveness. Without proper trialling or training, there is a potential risk of the safety of staff or production delays as staff cannot properly operate the equipment. As well, without actually trialling the process, there is no way of knowing if it works correctly – there is no opportunity to reassess designs or recalibrate and customise if needed.

With these steps done, only then should production deployment begin. However, this isn’t a one-off assessment – organisations should continue scalability analysis and value monitoring, producing an upgrade and maintenance strategy in case of any unforeseen issues that arise.

A bright future for cobots

Wide-ranging uses of cobots in end-to-end device testing, have already been found, but as the technology advances we can expect these uses to continue to expand. The potential for cobots to assist in digital transformation is huge, especially in industries such as aerospace, healthcare, industrial automation, and consumer products, retail, and distribution (CPRD).

By design, cobots encourage closer working with humans, so it’s not just about taking some tasks out of the hands of employees – it’s about considering how employee’ time can be freed up to create more value in the industrial chain while maximising automation, sustainability and maintaining a safe collaborative testing environment.

For more information on manufacturing topics - please take a look at the latest edition of Manufacturing Global.
Follow us on LinkedIn and Twitter.