Google's global Internet initiative Project Loon gets off the ground 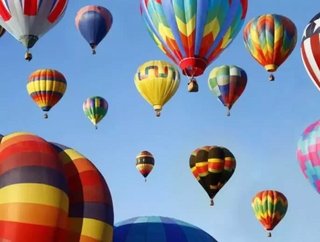 The Internet search behemoth, Google, says it is now close to being able to launch thousands of units as part of its Project Loon initiativeThe company...

The Internet search behemoth, Google, says it is now close to being able to launch thousands of units as part of its Project Loon initiative

The company is building up its capacity for producing and launching balloons capable of delivering Internet access, and is close to being able to roll out thousands of units, according to reports.

Project Loon, Google’s initiative for providing balloon-based Internet access, was announced in 2013 and in the video, released via the project’s Google Plus homepage, project lead engineer Mike Cassidy highlighted the progress that has been made since then.

Cassidy noted that initially it took several days to manufacture a balloon, but Google’s manufacturing facility now uses automated systems to reduce that to a few hours.

From one balloon launch per day, Google can now launch dozens per day from a single crane, according to Cassidy. “We’re getting close to the point where we can roll out thousands of balloons,” he said.

The company is now able to predict when and where the balloons will descend to the surface in order to retrieve them, Cassidy said.

Google said last month the balloons are currently able to remain in the air for up to six months.

Speaking about the project, a Vodafone New Zealand representative said Project Loon would be made use of by “cell phone companies and Internet companies,” suggesting that services may be offered via third parties rather that directly from the search company.

Google is also trialing the system with Telstra in Australia and Telefonica in Latin America; with the aim of delivering Internet access to areas where it might not otherwise be economically viable, such as in sparsely populated regions. Each balloon can in theory provide Internet access to an area of about 780 square miles.

The balloons have flown even into arctic and tropical areas, according to Cassidy. “Anyone with a smartphone anywhere in the world will be able to get Internet access,” he said.

Facebook has also invested in expanding Internet access via its Internet.org project, and has said it plans to use solar-powered unmanned vehicles for the project. Facebook acquired drone maker Titan Aerospace last March.