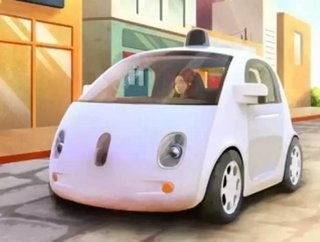 Google is turning its hand to automotive manufacturing and could well revolutionise the way cars are made in the future, by removing pedals and steering...

Google is turning its hand to automotive manufacturing and could well revolutionise the way cars are made in the future, by removing pedals and steering wheels.

At the end of May it publicised its latest driverless car prototype in its blog, a machine which looks as if it has come straight from a cartoon or toy set but one which houses the latest technology of its kind.

The aim of Google’s project is to create a car which “shoulders the entire burden of driving”, saving busy working people time and freeing them up to enjoy leisure time without worrying about whether they will fail a breathalyser.

The work done by pushing pedals and steering will be carried out by cutting edge software and sensors, removing human error and ultimately making the roads a safer place, Google says.

Safety was the first priority the technology giant considered when conceptualising the driverless car – its sensors can cover blind spots, detect faraway objects (two football fields in all directions), and has a speed cap, the first of which is 25 mph.

The interior is simple and designed for learning. It simply contains two sears, a small baggage space and a screen with the route mapped out.

Google said it plans to build around 100 prototype vehicles by the end of summer 2014, with a mid-term goal of running a pilot scheme in California with the next two years. Watch the video to find out more about how the car works.