How Manufacturers Can Scale Faster by Looking Externally 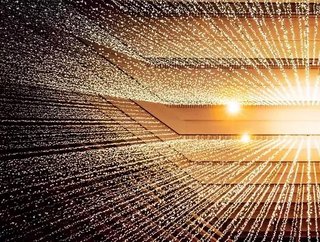 Many manufacturers have a propensity for going it alone with their own technology efforts in the belief that it will be faster and more cost-effective. They put in place data science models and platforms and concentrate on speed of data preparation, often bringing vast amounts of data quickly into a useable format. That’s frequently effective – but the wrong bottleneck for businesses to focus on.

For organisations that follow the route of an in-house deployment, a key roadblock can be the time it takes to fully build, tune and initiate the process. Beyond the initial challenge of developing and deploying an in-house data science model, scaling up the solution can be a challenge to complete alone.

Taking these factors into account, many companies are led to abandon in-house projects due to the strain on skills, time, and money in developing a solution, plus the effort it takes to sustain and scale it afterwards.

Focusing purely on in-house projects can allow manufacturers to solve specific problems, but ultimately keeps the organisation’s hands tied when it comes to scaling up implementation. Even just wrangling the data and making it usable can take a considerable amount of time. Data scientists building one-off use cases will struggle to translate this into multiple iterations across a facility.

In-house data science models are often based on a single-use case, and even just building an effective one can take 6 to 12 months. As an example, if this is scaled up to 300-600 assets, it can start to feel like a never-ending journey. It is here where a packaged outsourced solution from a third-party provider or partner can prove crucial, often bringing rapid value to the business through the ease of use, scalability and speed of deployment.

The ability to prepare data and develop models faster sits with the potential of automated data science systems, aimed at the broad engineering base of qualified users. Furthermore, these systems allow continuous monitoring, providing alerts to engineers who can then take prescribed actions to avoid any business losses. By investing in these systems, manufacturers can speed up deployment by 100 or even 1000 times, increasing value.

Organisations are then able to significantly minimise investment in project resource and infrastructure and achieve faster time to value. By scaling up the solution in this way, it can also impact margin positively as well as a wider market perception in areas such as safety, emissions control and overall equipment effectiveness (OEE). It, therefore, enables the transition of technology benefits into business ones.

The role of the data scientist

Despite this, it doesn’t mean that the role of the data scientist is diminished. While they may understandably feel defensive and at risk when implementations of these kinds take place, that should not be the case. System usability is key here. In third-party implementations, qualified users of mechanical systems and process engineers from the existing business can address day-to-day problems and challenges with the system, with data scientists able to be reassigned to concentrate on a higher level, more strategic range of challenges.

Providing this opportunity to data scientists ultimately enables them to delve into wider projects where they can make a profound impact on the organisation, as opposed to dealing with the more granular day-to-day tasks. The message for manufacturers in this scenario is that as they bring on more data scientists they can ensure their involvement in higher-level data science and deliver major process improvement projects, often with the help of the third-party technology or equipment.

The importance of refocusing

Following these processes will likely lead to a change in the business mindset and how projects are approached in the long-term. Rollouts on a proof of concept or a project scale won’t deliver the same impact in comparison to implementations that are scaled up, with larger rollouts often providing a faster return on investment. This is prevalent particularly in comparison to in-house data science-based rollouts where the value may not be seen for many months. Now is the time to move away from small scale pilots and start thinking bigger by not putting model development purely in the hands of data scientists. Remove the proverbial shackles and enable them and your base of qualified users to improve your business margins.