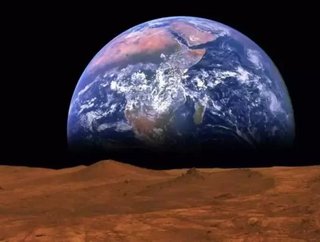 Last year, hundreds of aspiring architectural designers submitted concepts to NASA for its Mars 3D Printed Habitat Challenge, with 30 finalists being judged at the 2015 New York Maker Faire. The number was narrowed down to three, with cash prizes offered for the furthering of the teams’ respective projects, but one company – RedWorks – while not a winner, is determined to continue development of its habitat design.

It is based upon the buildings created by early humans out of natural materials, and is structured like a nautilus shell. The internal structure of the Mars shelter is a spiral which burrows into the ground, with different levels earmarked for different uses. The team is continuing to work on and tweak the structure, to ensure that it would be able to endure pressure of the ground around the lower levels and wind erosion against the upper level.

RedWorks is set to begin the testing of its Mars Habitat Spinoff technologies this year, which is the first phase of its Made for Mars programme, developing the existing habitat engineering for use in consumer applications. This is to fully utilise the advances the team has made and show how they can be applied to life on Earth as well as on Mars.

RedWorks firmly believes that 3D printing of large structures can be used to provide sustainable, affordable housing, and because the buildings are designed for an inhospitable landscape, they should prove extremely durable on Earth.