How the Tesla Model S is made 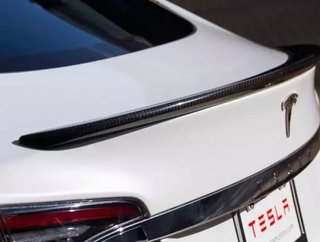 Engineers at the HIS automotive research firm have stripped down a Tesla Model S to reveal exactly how the high-end electric sedan is made. Unsurprising...

Engineers at the HIS automotive research firm have stripped down a Tesla Model S to reveal exactly how the high-end electric sedan is made. Unsurprisingly, when they dissected the car they found the design, components and manufacturing process has more in common with a smartphone or tablet computer rather than a conventional car.

“It’s like looking at the components from the latest mobile device from an Apple iPad or Samsung Galaxy product,” said Andrew Rassweiler, senior director for materials and cost benchmarking at IHS.

According to Rassweiler, the manufacturing of the Tesla Model S is a far cry from conventional methodology used by other automakers. “The cost structure of the electronics, the use of large displays in the cabin, the touch-screen-based controls, the mobile microchips - everything in this design makes the Tesla experience more like a media tablet or high-end smartphone than a traditional automobile,” he said.

How Tesla’s manufacturing process differs compared to other automakers

For its analysis, IHS is dissecting each subsystem in the Tesla, including the air-conditioning controls, safety systems and powertrain. The teardown is ongoing, but already significant differences between the development of the Tesla and other vehicles have been uncovered.

Infotainment system: The big 17-inch display and touch screen is much larger than the average automotive infotainment interface. It uses an NVIDIA Corp. Tegra 3, 1.4-gigahertz quad-core processor, which generates the same computing power of the latest smartphones and tablets. Typically the automotive industry is years behind the technology sector when it comes to technological development.

According to IHS the major module or ‘head unit’ of the infotainment system is extremely complex with more than 5,000 discrete components. It is also the most expensive example IHS has come across at approximately double the cost of the highest-end infotainment systems used by other luxury automakers.

Display and touchscreens: The display and touchscreens in the Tesla Model S are extremely high-end and the company has spared no expense. Similarly, the screens also are the most expensive part of an iPhone or iPad, Rassweiler noted, adding that Tesla was using the pricey parts because it wanted to present a mobile device-like interface for the driver.

“The company really wanted to do things differently and employed virtual controls - rather than physical knobs and buttons - to take over the user experience,” Rassweiler said. “This approach required a major investment in big displays and touch panels.”

The Model S display is 10 inches larger than the typical screen sizes seen in other cars. It is manufactured by TPK Holdings, which also has supplied touch-screens for Apple.

Electronics: Unlike most automotive manufacturers Tesla has also conducted its own design and engineering work on most of the vehicles’ electronics. Many of the printed circuit boards in the head unit and instrument cluster have the Tesla Motors label. Most automakers purchase similar electronic parts from suppliers such as Alpine, Harman and Panasonic, Rassweiler said.

Tesla’s approach provides more control over the costs and sourcing of parts. Tesla designs the circuit boards and likely has an electronics parts contractor build them. This is a strategy employed by smartphone or tablet sellers. Apple, for example, keeps tight control over its iPad and iPhone designs, while outsourcing the assembly to EMS companies such as Foxconn.

The Model S starts at about $71,000 and can reach in the region of $100,000 depending on specifications and additional extras.

Last week, Tesla CEO Elon Musk announced that the car would soon be available with an all-wheel-drive system and additional automated safety features. The company also plans to offer a high-performance version of the car that will start at $120,000. With a combined 691 horsepower from two electric motors, Tesla says the car will surge silently from 0-to-60 mph in 3.2 seconds. We cannot wait to get under the bonnet of that one.