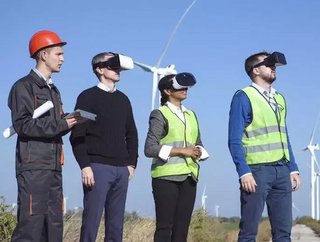 In 1899, Wilbur and Orville Wright, the inventors of the aeroplane, put their first model to flight. They faced several problems, including insufficient...

In 1899, Wilbur and Orville Wright, the inventors of the aeroplane, put their first model to flight. They faced several problems, including insufficient lift and deviation from the intended direction. Following a trial flight in 1901, Wilbur said to Orville that man would not fly in a thousand years. Since this occasion, good design has dispelled Wilbur’s theory. Here, Jonathan Wilkins, marketing director at industrial obsolete automation equipment supplier EU Automation, discusses how virtual reality (VR) can be used to improve the design engineering process.

The history of VR

With the invention of computer-aided design (CAD) in 1961, on-screen models could be explored in 3D, unlike with manual drafting. This made it easier for design engineers to visualise concepts before passing their design on for manufacturing.

From there, the technology continued to develop, until we reached cave automatic virtual environment (CAVE). This consisted of cube-like spaces with images projected onto the walls, floor and ceiling. Automotive and aerospace engineers could use CAVE to experience being inside the vehicle, without having to generate a physical prototype.

The latest advancements have introduced VR headsets, also known as head-mounted displays (HMDs) and haptic gloves. They enable users to visualise, touch and feel a virtual version of their design at a lower cost than CAVE technology would allow.

VR was first used in design engineering by the automotive and aerospace sectors to quickly generate product prototypes for a small cost.

Using the latest technologies, these prototypes can be visualised in real space and from different angles. Engineers can walk and interact with them, and can even make changes to the design from inside the model. This makes it possible to gain a deeper understanding of how the product works and improve the design before it is passed on for manufacturing.

Design engineers can also use VR to identify issues with a product and rectify them before a physical prototype is made. This saves time and money, but also avoids any potential problems that might arise for the end-customer, if the product is manufactured without a design error being rectified.

To study specific parts of a product and understand how it operates in greater detail, engineers often deconstruct prototypes. With physical models, this can be challenging and often leads to several prototypes being made. However, with VR they can be easily pulled apart, manipulated and returned to the original design.

The ergonomics of a product can also be analysed using VR. Decisions can then be made in the early stages of product development to ensure the final product is of the best possible standard.

Furthermore, engineers can use VR to determine whether it will be feasible and affordable to manufacture a product and to plan the manufacturing protocol. This streamlines the product development process and reduces the wasting of materials and time often made with failed manufacturing attempts.

Had VR been available in 1899, the Wright brothers would not have faced so many problems designing the world’s first aeroplane and the outcome would have been achieved much more quickly. Just imagine the designs that VR could help make a reality in the future.