How VR is Set to Transform the Factory and the Warehouse 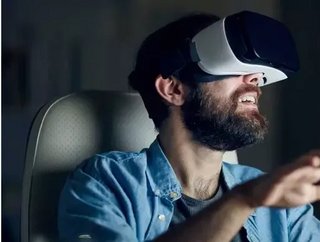 While the concept of Virtual Reality (VR) has been prominently featured in fictional media over the years as a device for the future, such as an entire immersive universe existing on virtual reality software in blockbuster film Ready Player One, it has struggled to make headway as a mainstream technology in the real world. However, the time has now come for VR to lead the next big step in computing.

Headsets are gradually becoming more accessible and affordable. In the household entertainment sector, Sony is proclaiming that it’s VR headsets will have a big role to play in the lifecycle of the PlayStation 5, while other content creators are increasingly exploring its potential, with VR headsets looking to take their place in big screen film experiences. As the entertainment industry looks to benefit from this technology, what role could VR play in other sectors?

The industry-wide potential of VR

Outside of the core entertainment context, use cases are now emerging fast in a range of other industries. VR could well prove to be just as transformative in business and industrial applications, ultimately improving operational excellence and helping to reduce costs. While previously the computing capacity may have limited the ability to apply VR in professional environments, this is starting to change. The value of VR in the manufacturing industry alone stood at $924.7 million in 2018, which is projected to grow to $14,887 million by 2026, representing a future annual growth rate of 39.2% in the forecast period.

The manufacturing industry is starting to see a rapid uptake of VR, particularly within factory and warehouse settings, where utilisation is being driven by the wide range of applications that it supports. In addition, third party logistics, consumer-packaged goods and the pharmaceutical industry could benefit, such as in the case of drug development phases to visualise the interactions between molecules.

Undoubtedly, businesses will need to identify use cases where the technology can benefit them in relation to costs in order for the investment to be viable, as a potential barrier to implementation could prove to be resource costs up-front, such as training and development resourcing in the use of software development and building new 3D solutions representing the environment to the model. Therefore, organisations need to factor this into their financial planning. For those that discover a commercial case, the potential applications are almost endless.

VR can also play a key role in training staff. Control technicians, engineers and skilled operators working in manufacturing environments are now increasingly trained using this technology. Trainees are able to gain valuable experience on key tasks in a virtual warehouse environment, without the risk of working in a physical environment while they are learning the ropes. Long-term, this ability to provide virtual tuition will enable enhanced productivity in the real world, as well as limiting health and safety issues.

With the shift to remote working due to the COVID-19 pandemic, VR can play a vital role in the warehouse environment by allowing workers to pilot forklift trucks from afar, as an example of a growing trend of teleoperated vehicles. During the pandemic, this application has allowed for warehouse operations to be conducted in safer way by taking employees out of the physical site, increasing productivity for the business and opening up the opportunity for a wider group of people to move into operator roles.

VR also has the capability of supporting the modelling of new facilities and new equipment, pinpointing any potential logistical issues before costly investments are undertaken. Virtual 3D models of warehouse environments can be devised and simulated cranes, forklift trucks and other equipment can be modelled and trialled, allowing organisations to see the impact of potential new systems being installed. Visual analytics can predict future scenarios and simulate improvements in productivity to give organisations insight into potential future investments.

While VR applications such as modelling will prove highly beneficial to organisations, they need the right people to take advantage of it. Traversing the barrier of a potential skills gap will require investment in talented employees who know how best to use the new tools at the company’s disposal and build the capabilities within digital environments, especially with a potentially expensive software implementation beforehand.

It’s clear to see that VR and other video-based solutions have multiple applications in the manufacturing environment, while those who are already using it actively in operations are reaping multiple rewards. In the future, along with the insightful ‘what-if?’ scenarios of modelled and simulated environments, more organisations will utilise VR to model people in real-time, identifying improvements in the warehouse such as capacity, length-of-time to complete tasks, and visualisation of staff performance such as picking the stock for delivery. By utilising a carefully picked blend of VR technology and skilled staff to use it effectively, manufacturers can enhance productivity across their organisation.