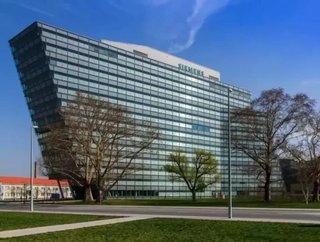 Just as smartphones have revolutionized personal communication, German manufacturing is looking to smart factories to improve the countrys industrial ou...

Just as smartphones have revolutionized personal communication, German manufacturing is looking to smart factories to improve the country’s industrial output. Leading the change is multinational corporation Siemens, at its facility in the small town of Amberg.

SEE MORE: 2016 to be a 'tipping point' for manufacturing technology, says report

The Siemens factory in Amberg makes automated machines for companies such as BASF, Bayer, and BMW, however it’s not the machines, but the way they are made that is revolutionizing the sector. According to a report by The Wall Street Journal Siemens is linking 1,000 production facilities over 9,000 square kilometers via the Internet, all from its Amberg facility.

The project, known as Industrie 4.0, is the result of collaboration between the German government, research institutions, and business to develop fully automated “smart” factories.

These factories rely heavily on web and IoT technology and could make products fully customizable while on the shop floor. An incomplete product on the assembly line would “tell the machine itself what service it needs” and it will immediately put the final product together, Wolfgang Wahlster, co-chairman of Industrie 4.0 said.

The idea behind Industrie 4.0 is improved competitiveness. German industrial production is the mainstay of Europe’s largest economy, but is at a disadvantage over labor costs compared to developing countries.

The Siemens factory at Amberg is not the only German plant to implement the Internet of Things and web-based manufacturing processes to its factory. Electric motor maker Wittenstein and Bosch’s hydraulic equipment assembly line are also adapting smart technology to improve production.