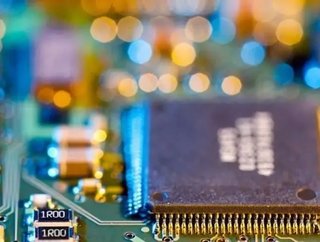 Intel CEO, Brian Krzanich, has revealed that the company will pour $7 billion into US manufacturing. On Wednesday, Krzanich stood alongside President D...

Intel CEO, Brian Krzanich, has revealed that the company will pour $7 billion into US manufacturing.

On Wednesday, Krzanich stood alongside President Donald Trump to make his announcement. He included an update on the company’s plant in Arizona, which has been under construction since 2011 and is set to be completed in three to four years.

The factory, named Fab 42, will apparently create 3,000 technical jobs and support 10,000 jobs within the local area in total.

Intel is one of many high-profile tech companies that, last weekend, signed an amicus brief which supports legal action against President Trump’s controversial travel ban, which could harm businesses such as theirs. However, another pledge of Trump’s – to lower corporate taxes – may benefit them. While Intel walks this tightrope alongside many others, it did not stop the company spending time with the President this week. Its $7 billion investment would already have occurred regardless of Trump’s administration, Intel Executive Vice President Stacy Smith told Financial Times.

Krzanich claimed last year not to endorse any specific candidate for the presidency, but that he himself was passionate about American manufacturing and prioritising US workers.

The majority of Intel’s manufacturing and R&D is undertaken in the States, while 80 percent of sales occur across the rest of the world, Krzanich told FT.