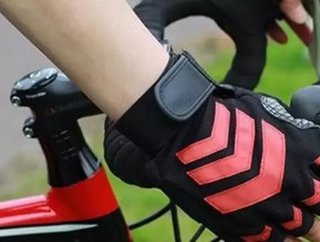 London&#39;s Kingston University entrepreneurs have developed a highly reflective glove that could help reduce cycling accidents on the road. An award...

London's Kingston University entrepreneurs have developed a highly reflective glove that could help reduce cycling accidents on the road.

An award-winning group of third year students - named Company of the Year 2016 at the United Kingdom Young Enterprise Start-Up Awards - will represent their country at the European final in Bucharest with their invention.

Team Staunchh saw off competition from almost 300 different teams representing universities and further education colleges to pick up the first prize, impressing the judges with their Gleam cycling gloves that feature highly reflective arrows to help indicate to motorists which way the cyclist is going to turn.

This is the third year running that students from Kingston University have scooped the top prize at this event, which celebrates the achievements of students who have taken part in the year-long business start-up programme run by the national Young Enterprise charity.

Young Enterprise director Roy Howard commended Team Staunchh – which also picked up the Best Presentation Award – for demonstrating outstanding excellence against all of the competition’s criteria. “Their commitment and resourcefulness to the project was absolute, which was evident by the way they applied the skills and knowledge they had acquired during the year,” he said. “They clearly demonstrated that they will make exceptional representatives for Britain at the forthcoming European final.”

More than 21,000 cyclists are injured on the road each year, according to the latest statistics from the Royal Society for the Prevention of Accidents, with 75 percent of these take place at, or near, a road junction. Staunchh marketing director Sanif Momin said they hoped their product would help reduce the number of road accidents involving cyclists: “With so many accidents occurring at junctions, visibility is clearly an issue. We wanted to ensure drivers had a better chance to see cyclists indicating which way they are turning and the retro-reflective material we’ve used is visible from 200 metres away."