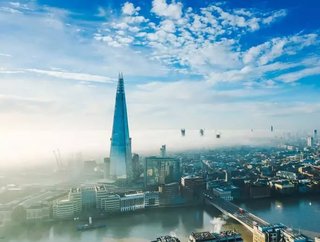 Record volumes of cash are flooding the capital; in the first half of this year, private investment alone in London’s technological industry totalled £4.5 billion, according to London & Partners. This exceeds any other six month period in the last 10 years.

"It is not a surprise that London remains the place to be for European tech entrepreneurs despite Brexit. The key factors: talent, funding and the overall entrepreneurial ecosystem are strong in London.

“However, Brexit creates uncertainty, which is not a good thing and, depending on the eventual deal, can start chipping away the talent pool in London. The changes will not happen overnight, but once the tide changes it is difficult to reverse.

“This would then lead to the relocation of venture capitalists, who directly invest in start-ups, which would hurt London, amplifying the effect of the potentially diminishing talent pool.

"Start-up companies employ mainly young, highly educated and, actually, often immigrants, many of which were undoubtedly supporters of Remain.

"I don’t expect a major impact in the short-term. The UK has very strong domestic entrepreneurial ecosystems and lots of talent that won’t disappear overnight whatever happens.

"Over time, however, new barriers to movement of people and their ideas cannot be a good thing for entrepreneurship, the Brexit deal needs to keep this open as much as possible."