Micron to Invest Over US$150bn into Manufacturing and R&D 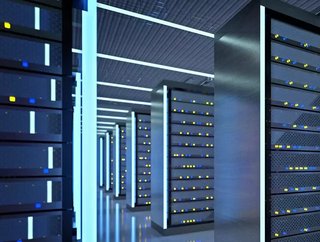 Micron Technology - the only US-based manufacturer of memory, and one of the largest semiconductor manufacturers - has announced its plans to invest over US$150bn globally over the next decade into its operations.

The company will focus on developing leading-edge memory manufacturing, and research and development (R&D), including a potential US fab expansion. The investment comes at a time where the demand for essential memory for computing is increasing,  which Micron aims to meet.

“Memory is at the leading edge of semiconductor manufacturing and fuels everything from feature-rich 5G smartphones to the AI-enabled cloud. Micron’s leadership in both DRAM and NAND technologies and the strength of our roadmap enable us to invest more than $150 billion with confidence to extend our industry-leading memory innovation into the next decade, and deliver differentiated products to our customers. We look forward to working with governments around the world, including in the U.S. where CHIPS funding and the FABS Act would open the door to new industry investments, as we consider sites to support future expansion,” said  Sanjay Mehrotra, President and Chief Executive Officer, Micron.

In order to produce state-of-the-art memory manufacturing - at a competitive cost - the industry requires large scale fabs with the potential to create tens of thousands of new jobs and significant economic growth. Micron expressed that with costs running higher in the US (35-45%), compared to more established semiconductor ecosystems, funding will be crucial to support the new semiconductor manufacturing capacity, alongside a refundable investment tax credit.

“The growth of the data economy is driving increased customer demand for memory and storage. Leading-edge memory manufacturing at scale requires the production of advanced semiconductor technology that is pushing the laws of physics, and our markets demand cost-competitive operations. Sustained government support is essential for Micron to ensure a resilient supply chain and reinforce technology leadership for the long term,” added Manish Bhatia, Executive Vice President of Global Operations, Micron.