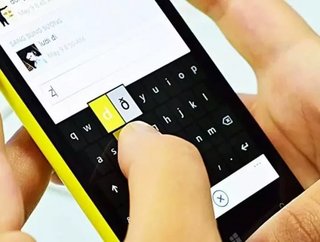 Nokia has announced plans to partner with Taiwan-based Foxconn Technology Group to build its new Android tablet computer, the N1. Foxconn, famed for manufacturing Apple products such as the iPhone and iPad, will work with Nokia to create the 7.9-inch tablet during Q1 of 2015.

Nokia announced the N1 tablet on Tuesday at the Slush technology conference in Helsinki. The new device features a sleek all-aluminum case and has a 2.4GHz Intel Atom quad-core processor. It will run on the Android 5.0 Lollipop operating system and Nokia's new Z Launcher intelligent home screen interface.

The company said the N1 would be available in China in the first quarter of 2015 at an estimated $249 before tax via a brand-licensing agreement with Foxconn. Foxconn will be responsible for manufacturing, distributing and selling the device.

According to Nokia, Foxconn is fully responsible for business execution from engineering and sales to customer care, including liabilities and warranty costs, inbound intellectual property, software licensing and contractual agreements with third parties.

“We are pleased to bring the Nokia brand back into consumers' hands with the N1 Android tablet and to help make sophisticated technologies simple,” said Sebastian Nystrom, the head of products at Nokia Technologies.

“The N1 has a delightfully intuitive interface and an industrial design to match it. This is a great product for Nokia fans and everyone who has not found the right Android tablet yet,” Nystrom said in a press release.

In April this year, Microsoft announced it had completed its $7.2 billion acquisition of the Nokia Devices and Services business after Nokia shareholders and governmental regulatory agencies around the world granted approval.

With the Nokia mobile phone business, Microsoft said it will target the affordable mobile devices market - a US$50 billion annual opportunity - delivering a first mobile experience to one billion people while introducing Microsoft services to new customers worldwide.