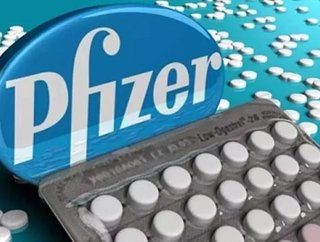 Pfizer and Novartis lead eleven drug manufacturers setting aside a combined $2bn to invest in gene therapy manufacturing since 2018. According to a Reu...

Pfizer and Novartis lead eleven drug manufacturers setting aside a combined $2bn to invest in gene therapy manufacturing since 2018.

According to a Reuters analysis, this strategy aims to better control production of the world’s priciest medicines.

The full scope of Novartis’ $500mn plan, revealed to Reuters in an interview with the company’s gene therapy chief, has not been previously disclosed. It is second only to Pfizer, which has allocated $600mn to build its own gene therapy manufacturing plants, according to filings and interviews with industry executives.

Gene therapies aim to correct certain diseases by replacing the missing or mutated version of a gene found in a patient’s cells with healthy copies. With the potential to cure devastating illnesses in a single dose, drugmakers say they justify prices well above $1 million per patient.

But the treatments are also extremely complex to make, involving the cultivation of living material, and still pose a risk of serious side effects.

Drugmakers say building their own manufacturing plants is a response to rising costs and delays associated with relying on third-party contract manufacturers, which are also expanding to capitalize on demand.

They say owning their own facilities helps safeguard proprietary production methods and more effectively address any concerns raised by the U.S. Food and Drug Administration (FDA), which is keeping a close eye on manufacturing standards.

The Medicines Manufacturing Innovation Centre to be built in Scotland

Ricoh: The advantages of 3D printing across the healthcare sector

The approach is not without risks. The rewards are potentially great, however.

Gene therapy is one of the hottest areas of drug research and, given the life-changing possibilities, the FDA is helping to speed treatments to market.

It has approved two so far, including Novartis’s Zolgensma treatment for a rare muscular disorder priced at $2 million, and expects 40 new gene therapies to reach the U.S. market by 2022.

There are currently several hundred under development by around 30 drugmakers for conditions from hemophilia to Duchenne muscular dystrophy and sickle cell anemia. The proliferation of these treatments is pushing the limits of the industry’s existing manufacturing capacity.

Developers of gene therapies that need to outsource manufacturing face wait times of about 18 months to get a production slot, company executives told Reuters. They are also charged fees to reserve space that run into millions of dollars, more than double the cost of a few years ago, according to gene therapy developer RegenxBio.

As a result, companies including bluebird bio, PTC Therapeutics and Krystal Biotech are also investing in gene therapy manufacturing, according to a Reuters analysis of public filings and executive interviews.

They follow Biomarin Pharmaceutical Inc, developer of a gene therapy for hemophilia, which constructed one of the industry’s largest manufacturing facilities in 2017. The FDA is keeping a close eye on standards.

This comes amid the agency’s disclosure in August that it is investigating alleged data manipulation by former executives at Novartis’ AveXis unit.

AveXis had switched its method for measuring Zolgensma’s potency in animal studies. When results using the new method didn’t meet expectations, the executives allegedly altered the data to cover it up, the FDA and Novartis have said. One of the former executives, Brian Kaspar, denied wrongdoing in a statement to Reuters. Another, his brother Allan Kaspar, could not be reached for comment.