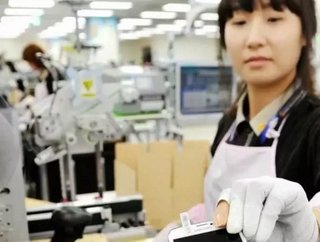 Samsung has announced plans to invest up to $3 billion to develop a new smartphone factory in Vietnam. The facility will operate alongside Samsungs exis...

Samsung has announced plans to invest up to $3 billion to develop a new smartphone factory in Vietnam. The facility will operate alongside Samsung’s existing $2 billion plant in the country, which began production in March 2014.

Samsung is not the only tech firm with manufacturing facilities in the country. Intel, LG, Panasonic and Microsoft have all opened plants in recent years, marking a shift away from China.

Experts say the combination of tax breaks and a relatively cheap workforce make the country an appealing base when compared with its northern neighbor. Vietnam's government had previously said Samsung's smartphone assembly lines would not need to pay corporate taxes for four years, and only half the normal rate for the following nine years should the firm meet the terms set out in its investment applications.

Vietnam positioning itself as a leading smartphone manufacturer

Vietnam is becoming somewhat of a smartphone giant. In the first 10 months of the year the country exported $19.2bn worth of mobile telephones and accessories, which is 8 percent more than for the same period in 2013, according to Vietnam's General Statistics Office.

The sector currently accounts for about 16 percent of the nation's total exports, which makes it bigger than the textile and garment industry.

According to reports, Samsung will build its new smartphone factory close to its existing plant in the north-eastern province of Thai Nguyen, which currently employs in the region of 16,000 workers.

The announcement comes a month after Samsung Electronics announced plans to build a $560m factory in Ho Chi Minh City, where it will make televisions, washing machines and air conditioners.

SEE MORE: How the Samsung Galaxy Alpha is made (Slideshow)

Other divisions from the South Korean company are also expanding in the country, including Samsung Display and Samsung Electro-Mechanics. According to the Yonhap news agency, the conglomerate as a whole has invested about $11bn to date in Vietnam.