Samsung could be about to completely revolutionize smartphone manufacturing 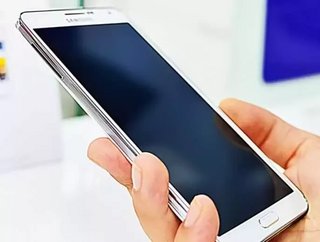 Smartphone manufacturing giant Samsung has said it will launch a flexible display for smartphones that can fold in half, by the end of 2015.According to...

Smartphone manufacturing giant Samsung has said it will launch a flexible display for smartphones that can fold in half, by the end of 2015.

According to reports, Samsung Display VP, Lee Changhoon said the company will “secure production capacity of 30,000 to 40,000 [flexible displays each month] by the end of next year.”

“We plan to provide consumers with a product that has a flexible display by the end of the year. However, nothing has been decided on the finished product,” he said.

Samsung is already leading the pack when it comes to display technology - we have already seen a curved smartphone display on the Galaxy Note Edge - however a flexible display could mean Samsung is planning a return to the more traditional clamshell design where the screen itself folds in two.

Lee added that Samsung also aims to cut the cost of AMOLED production by the end of next year to help tempt more customers into buying its products. “One of the superior things about AMOLED is that it can become cheaper to produce compared to LCD. We are prepared to compete directly with LCD,” he said. “AMOLED is similar in price to LCD, but better capability wise.”

This news follows yesterday's announcement that Samsung will be cutting its range of smartphones by up to 30 percent in 2015, resulting in a reduction in the number of models available. The company plans to strengthen its core line-up.

Speaking at the company's Investor Forum 2014 in New York, Robert Yi, senior vice president and head of investor relations at Samsung Electronics said that lowering the model number “will allow us a chance to lower the prices of [remaining models] through mass production. In low to mid-end products, price is the most important, and for high-end products, it is innovation.”

This focus on innovation will no doubt include the inevitable move to flexible displays, but Lee also hinted that we could see a smartphone with two curved sides before long that will replace the Galaxy Note Edge. “Consumers' preference will decide whether one side will become the band, or either sides. We are prepared to make customized designed products based on consumer needs,” he said.