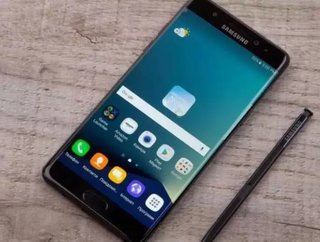 Since the second batch of Samsung Galaxy Note 7s has proven as unsafe as the original batch, the smartphone giant has decided to discontinue the model f...

Since the second batch of Samsung Galaxy Note 7s has proven as unsafe as the original batch, the smartphone giant has decided to discontinue the model for good.

Sales and exchanges of the Note 7 ceased earlier this week after replacement handsets displayed similar issues to the ones which were recalled. Customers have been offered full refunds as well as gift cards to soften the blow. Reuters estimated that ending production of the phone may cost Samsung up to $17 billion.

Dr. Mark Johnson, Associate Professor of Operations Management and a researcher of product recalls at Warwick Business School, has offered the following comment:

"This has been a case study in how not to do a recall. In research that I have conducted with Marko Bastl of Marquette University, and Mike Bernon of Cranfield School of Management, we found that firms that have a proactive recall strategy tend to see their share price not hit as badly by investors running scared from the potential costs of the recall.

"In Samsung’s case, the recall was very passive. It was only when the second batch of phones began to fail that they began to show that there were more serious issues at play. Shareholders rightly get twitchy when firms are seen not to care about customers.

"Recalls are a fact of modern business. As products and processes become more complex then the likelihood of them occurring increases. We can’t get everything right all the time. When a recall occurs, be proactive about it – show shareholders that you care about customers and ensure that you have business processes in place to allow you to identify affected products quickly and with minimum hazard to the customer.

"Samsung tried to rush the Note 7 to market to beat the iPhone 7. Phones are complex things and the launch of new products is fraught with difficulties and delays. Samsung potentially rushed a number of critical stages, probably testing, in order to get to market quickly.

"The recall also indicates that Samsung is not as agile as some of its competitors and process-rigidity can mean a loss of flexibility. The process of the recall also indicates that Samsung has very little traceability or integration through the end-to-end supply chain. It was asking customers to identify affected phones in the first round of recalls by examining the colour of the battery signal on the screen. In the 21st century many companies can trace where items are through linking information processes with distributors and vendors."